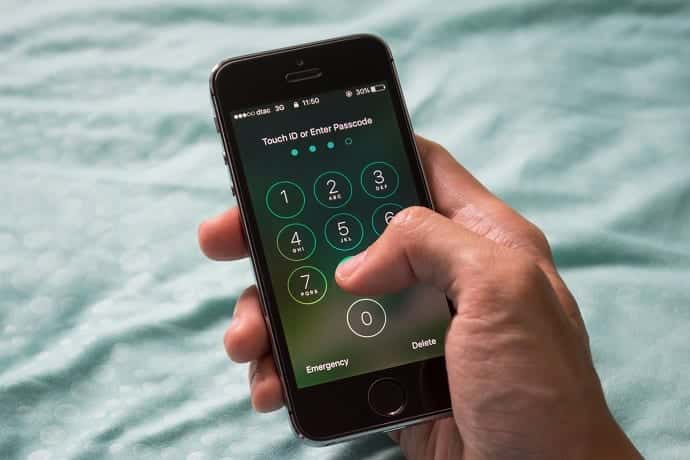 Never would have this Shangai mother imagined in her wildest dreams that the iPhone given to her toddler to watch “educational videos” online would cost her the smartphone.

According to the South China Morning Post, the mother who has been identified only as Ms. Lu, said that her 2-year-old child entered an incorrect passcode on her iPhone repeatedly that the device has become locked for 47 years.

The incident took place in January after the smartphone was given to the child to watch educational videos online. When the mother returned home, she found that her phone had been disabled for 25,114,984 minutes, which is approximately 47 years, due to entering of wrong passcode repeatedly by her child whenever the handset requested for a passcode. With each failed attempt, the lockout period kept increasing.

When Ms. Lu visited an Apple Store to get the problem resolved, she was informed by a technician that in order to be able to use the device again, she could either wait for 47 years or just wipe off the phone with a factory reset and then reinstall the files stored on the smartphone.

The Apple Store technician named as Wei Chunlong told the South China Morning Post that Ms. Lu’s case is nothing. He said that he has seen cases of phones getting locked for the equivalent of over 80 years by the same method. “In this woman’s case, the only way out [without waiting] is to erase all the phone data and do a factory reset,” Wei said.

Ms. Lu has waited for two months to see if the situation would improve, but has seen no sign of the problem getting corrected on its own.

“I couldn’t really wait for 47 years and tell my grandchild it was your father’s mistake,” she reportedly told the South China Morning Post.

Although she has considered rebooting the phone, she does not want to do it, as this would erase all her pictures, contacts and other files.

If this has happened to Ms. Lu, it can happen to anyone. It is very important to have all the files, data, images and videos saved on iPhones backed up all the time, as they become locked with six failed attempts of entering incorrect passcode. The lockout period can keep increasing with ongoing attempts to break in.

Word of advice, ensure that your phone data is backed up all the time or even better, keep your smartphone away from the prying eyes of your little one!!!