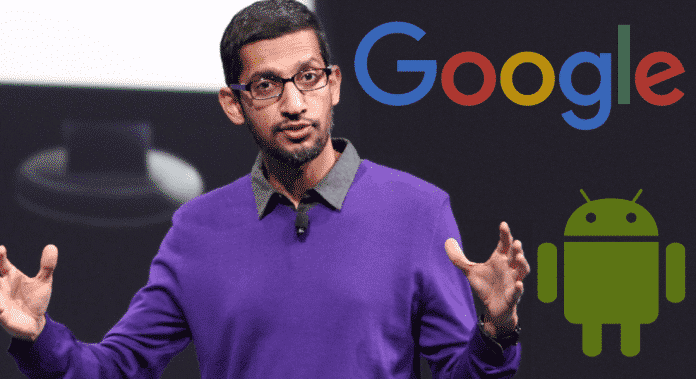 Google warns that Android may not be free in the future

We reported yesterday that Google has been imposed a record $5 billion (4.34 billion euros) fine by the European Union Commission on Wednesday for illegally abusing the dominance of its Android operating system.

Reacting to the EU ruling, Google’s CEO Sundar Pichai in a lengthy blog post said that “the decision rejects the business model that supports Android, which has created more choice for everyone, not less.”

The EU wants Google to stop pre-loading its Chrome browser and its search engine to Android. However, Google countered this statement by saying that the search giant doesn’t force anyone to use either of them and allows phone makers and developers to easily disable or delete pre- loaded apps on the phone and choose other apps instead.

According to Pichai, the free distribution of the Android platform, and of Google’s suite of applications, is “not only efficient” for phone makers and operators but is also of “huge benefit” for developers and consumers. He also added that “if phone makers and mobile network operators couldn’t include our apps on their wide range of devices, it would upset the balance of the Android ecosystem.” In other words, Pichai said that the phone makers will no longer be forced to bundle these apps but can still choose to do so.

However, Pichai warned that its Android business model could now change due to the EU ruling. “So far, the Android business model has meant that we haven’t had to charge phone makers for our technology or depend on a tightly controlled distribution model. We’ve always agreed that with size comes responsibility. A healthy, thriving Android ecosystem is in everyone’s interest, and we’ve shown we’re willing to make changes. But we are concerned that today’s decision will upset the careful balance that we have struck with Android, and that it sends a troubling signal in favor of proprietary systems over open platforms,” Pichai said.

Pichai also added that Google would be appealing against the EU decision. The search giant has 90 days to change its practices or face penalty payments of up to five percent of the worldwide average daily revenue of its parent company, Alphabet.

With Google’s CEO hinting that the free distribution of its own apps earns the company revenue required to maintain the development of the expensive platform, we could very soon see Google start charging phone makers for using the Android platform.