Last year, Facebook had revealed its plans to start designing and building its own chips to power it’s AI (artificial intelligence) systems and hardware devices. Basically, the social media giant is looking to develop its semiconductors to lower its dependence on chipmakers like Intel and Qualcomm.

In an interview with The Financial Times on Monday, Facebook’s chief AI scientist said the company is developing a new class of semiconductor that will have different working style in comparison to most of the present designs.

The idea is to develop semiconductors that can better train deep learning algorithms. The chips also will be able to offer faster computing that Facebook needs in order to reach new AI inventions including digital assistants with common sense.

“In terms of new uses, one thing Facebook would be interested in is offering smart digital assistants — something that has a level of common sense,” LeCun told the Financial Times. “They have background knowledge and you can have a discussion with them on any topic.”

LeCun reportedly wants Facebook’s digital assistant to be more like humans and to understand “what will happen when the world responds to [its] interactions with it.”

In order to help human moderators decide what content needs to be kept on Facebook and what needs to be removed, the social media giant reportedly has plans to develop AI chips for the same so that they can monitor content in real time. LeCun also apparently wants to reduce the power consumption of the chips and make them process information much quicker.

Facebook is not the first company that is looking to design its own chips for the AI field. Tech giants like Alphabet Inc.’s Google has developed its own chips to help power its AI systems, search ranking and other features, while Apple Inc. has also launched its own chips to enhance the power and efficiency of its devices. 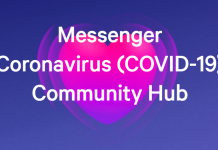 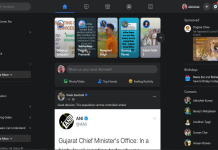