When Bitcoin debuted in 2009 after the global financial meltdown; many people made bold predictions about it being the future of money. The underlying Blockchain technology that powered Bitcoin started getting attention after Ethereum debuted in 2013. It wasn’t long before tech enthusiasts were forecasting a decentralized world powered by DApps – until the crypto bull run ended in 2017.

DApps have had many interesting starts but the aforementioned trio of problems often surface to cripple its growth. This piece examines how a new project, LiquidApps might make it easier for developers to bring their DApps to the mainstream markets.

Introducing LiquidApps and its plan to fix the problem with DApps

Beni Hakak and Tal Muskal used to work part of a team developing a protocol to solve the liquidity problem on Ethereum. It wasn’t long before they discovered the fundamental scalability issues that was constraining Ethereum. Hence, they started exploring EOS as an alternate hub for decentralized applications.

Their forays into the latent potential of EOS led them to create LiquidEOS as a Block Producer for EOS. While running LiquidEOS they observed that many developer teams were struggling to scale their DApps efficiently at an affordable cost. It became obvious that EOS might not reach its true potential if the problems associated with the cost of network resources persist.

Now, they’ve founded LiquidApps as a platform to launch a range of products that will help developers to build and launch DApps with affordable efficiency and effectiveness. With LiquidApps, DApp developers on EOS mainnet have the potential to access extra storage capacity, secure communication services, and other critical utilities that could make the development of dApps substantially easier and more affordable.

Here’s how LiquidApps will help DApps unlock growth at scale

One of the key selling points of EOS Blockchain is its zero transaction cost – it sounds great from a PR perspective but the reality is that transaction fees still needs to be paid somehow. What EOS did was to push the transaction fees away from users to the developers building DApps. Hence, developers are required to pay for resources such as RAM and CPU to keep their DAPps operational. Since Q4 2018, developers have had to contend with the rising cost of RAM on EOS. A single MB of RAM costs about $200 in EOS and you can do the maths on how much it would cost to deploy a DApp that required several gigabytes of RAM.

LiquidApps’ vRAM System is an alternative storage solution for EOS developers, which allows them to migrate relevant data from RAM to IPFS files hosted by its DAPP Service Providers. vRAM makes it easier for developers to access RAM resources by helping them unpack their RAM databases. The best part is that LiquidApps has its own tokenomics that prevents the cost of vRAM from rising beyond the level of affordability for developers.

Interestingly, if vRAM succeeds in helping developers launch DApps more effectively, the demand for EOS RAM will drop to ultimately trigger a decline in the price of RAM on the blockchain. Hence, vRAM provides a sustainable solution to fix the rising RAM costs that has delayed the mainstream adoption of DApps.

The second module in LiquidApps’s solution for refining the DApps development process is its DApp Service Provider (DSPs) network. The DSPs could be an individual or organization interested in facilitating the development of DApps of EOS by providing standard API endpoint on the EOS blockchain. Some of their activities also include providing warm-ups, data indexing for selected datasets, and the creation of custom external services.

DSPs also retain autonomy over the operations of their businesses, and they can offer customized data packages in line with their own service level agreements.

DSPs is an innovative solution for stakeholders to play strategic roles in the EOS ecosystem and provide services to dApp developers that will allow them to optimize their application development processes. DSPs are in turn rewarded through predefined tokenomics of the DApp Token Distribution Mechanism.

The DAPP Network functions as a second layer on top of EOS Mainnet to power a suite of solutions solving resource scarcity issues that currently severely limit development on EOS.

LiquidApp is serious about fixing the systemic problems frustrating the development of DApps. While the last several months have been focused on vRAM and other modules, the second half of the year will host the launch of vCPU. Solving the RAM and CPU challenges should make it easier for developers to launch DApps at affordable costs that makes them attractive enough to trigger a mass-market adoption.

Will LiquidApps succeed in fixing the problems with DApps? It’s bit early to make such a prediction. Does LiquidApps have a decent shot at getting DApps on the path to mass-market adoption? The answer is a resounding YES! 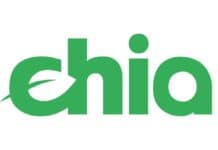 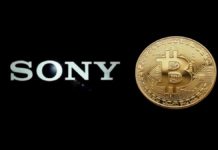 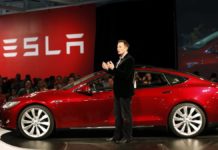