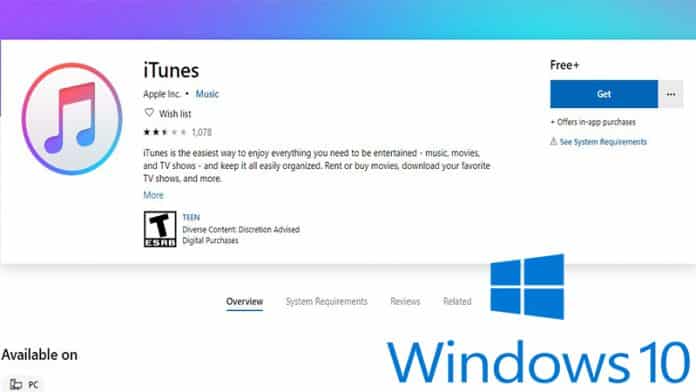 Earlier this year, Apple announced that it would be eliminating the iTunes app to introduce a trio of standalone apps for Apple Music, Podcasts and Apple TV in macOS Catalina. At the time, the tech giant had clarified that similar changes would not be made to Apple’s iTunes for Windows app.

However, it looks like this may not be the case now, as the company is looking for a senior software engineer to work on the “next generation” of media apps for Windows, according to a LinkedIn post discovered by Neowin.

The job description on LinkedIn says, “The Media Apps team is looking for a creative Senior Software Engineer to work on the next generation of media apps for Windows. You will help build innovative features that will delight millions of customers around the world.

“You possess strong skills in the areas of application design, solid API design principles and have a strong understanding of customer and workflow issues. You have a history of shipping large volume consumer product successfully. You are a well-rounded developer who is not afraid to question assumptions. You have an excellent written and oral skills. You love collaborating under tight deadlines.

“If you love music and you are passionate about writing code, and want to work with world-class engineering teams that ship to millions of users, the Media Apps team is the place for you.”

This could mean that Apple is likely planning to work on a next-generation media app for Windows.

The job listing also mentions “experience with UWP is a big plus,” which suggests the upcoming media apps for Windows could possibly be built on UWP (Universal Windows Platform) and thus would work both on Xbox One and various Windows 10 platforms.

Currently, it’s unclear when these new media apps for Windows will arrive. With Apple shifting its focus to streaming services like Apple Music and Apple TV+, developing these same apps for Windows would allow the company to expand the reach of these services to as many as devices possible.