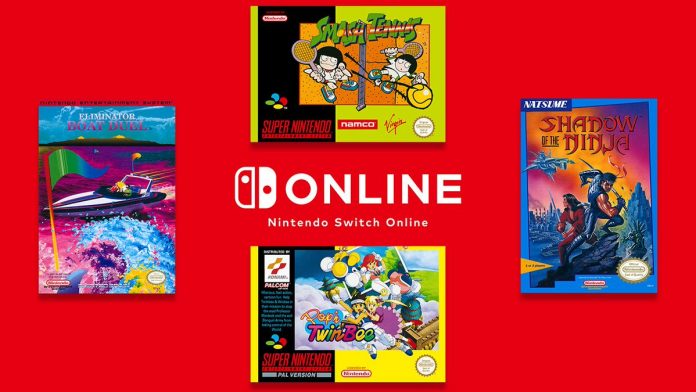 Nintendo had first added SNES games to Switch Online membership in September 2018, which included famous titles such as Stunt Race FX, Super Mario Kart, Super Mario World, The Legend of Zelda: A Link to the Past and more.

After its initial SNES rollout in 2018, the company released new titles only in December 2019, which featured six games, including Super Punch-Out, Star Fox 2, and Breath of Fire II.

On 2/19, 4 more games will be added to the #NES & #SNES – #NintendoSwitchOnline collections!

Given below is an official overview of each of the new four retro video games from Nintendo itself:

Shadow of the Ninja – “In the midst of disorder and oppression, two shadow warriors rise to the people’s cry for help. Choose to play as one of two ninja masters from the Iga clan as they infiltrate enemy front lines. Master tactics of stealth as you acquire additional weapons and power-ups in order to overthrow an evil emperor and destroy his wicked empire, solo or with a friend.”

Eliminator Boat Duel – “In this powerboat racing game, get behind the wheel of one of the fastest machines on the water to earn boatloads of in-game cash. Drivers earn thousands of dollars for competing, and you’ll use your winnings to repair and upgrade your boat to push your competitive edge to its maximum. A little aggression goes a long way – just try not to get sunk yourself, or you’ll be swimming back to dry land.”

Pop’n TwinBee – “The sixth game in the TwinBee series, this vertically scrolling shooter takes place in a cute, poppy setting. TwinBee and WinBee hear that the great Dr. Murdock has lost his wits, so they set off to return him to his normal self. This game was originally released in Japan and Europe in 1993, but this will be its first release in the U.S.”

Smash Tennis – “In Smash Tennis, the controls may be simple, but there’s plenty of room for skill! With strong shots, weak shots, lobs and eight different court types, you can develop all sorts of approaches, unlocking the deep strategies of tennis. This game was originally released in Japan in 1993 and Europe in 1994, but this will be its first release in the U.S.”

With these additions, there are now 52 NES games and 26 SNES games in the Switch Online library, which makes it a total of 78 freebies for those who subscribe to its online service. The retro titles are now available for download exclusively for Nintendo Switch Online members from the free NES and SNES apps. In order for the games to appear in your collection, you need to update the respective apps.