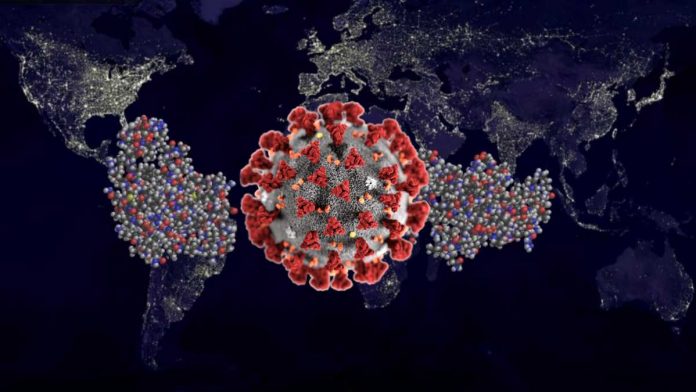 [email protected], a distributed computing project, on Thursday announced that it has “crossed the exaFLOP barrier,” which is equal to ten times the computing power of the world’s fastest supercomputer, IBM’s Summit.

Currently, the cumulative compute performance of systems participating in the project has exceeded 1.5 ExaFLOPS or 1,500,000,000,000,000,000 floating-point operations per second.

Launched in 2000, [email protected], a crowdsourced project run by Stanford University brings together citizen scientists around the world who volunteer to run simulations of protein dynamics by using the underutilized GPU and CPU of personal computers of people worldwide to form a crowdsourced supercomputer.

The project then carries out researches to fight and find cures to diseases like Cancer, Parkinson’s, Alzheimer’s, Huntington’s, Influenza, and many more.

With the coronavirus outbreak, [email protected] is now serving as a platform for more than half a million devices across the world to help scientists speed up their research in finding potential cures for the novel COVID-19.

How Does [email protected] Work?

[email protected] runs in the background and uses spare GPU and CPU cycles of personal computers of people globally to run simulations of protein dynamics to better understand them and find cures for various diseases, in this case, COVID-19.

The past few weeks has seen a huge increase in the number of people lending their support to the [email protected] project to do their bit to fight the coronavirus pandemic.

Last week, the [email protected] project reached 470 PetaFLOPS of computing power, which is more than 2x the peak performance of the Summit supercomputer.

The 470 PetaFLOPS was achieved after more than 4,00,000 people offered to lend their CPU and GPU power, a development also tweeted by [email protected] lead, Dr. Greg Bowman.

Amazing! @foldingathome now has over 470 petaFLOPS of compute power. To put that in perspective, that's more than 2x the peak performance of the Summit super computer!

Bowman also publicly shared some of the results of those simulations on Twitter.

As promised, here is our first glimpse of the #COVID19 spike protein (aka the demogorgon) in action, courtesy of @foldingathome . More to come! pic.twitter.com/iD2crCMHcX

According to a Forbes report, [email protected] had roughly 30,000 users around the world before the COVID-19 outbreak.

How Can You Help The [email protected] Project?

To put your PC to work to battle COVID-19, all you need to do is go to the [email protected] website and download the software for whatever platform you are on, to lend your computer’s spare CPU and GPU cycles to the researchers.