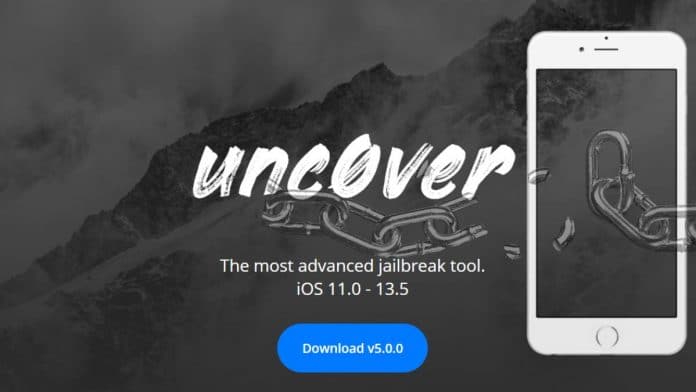 A well-known iPhone hacking group has released a new “jailbreak” tool that unlocks all current iOS versions, including the recently released iOS 13.5.

Pwn20wnd, an iOS security researcher and one of unc0ver’s team members, who discovered the jailbreak took advantage of an unspecified zero-day kernel exploit in iOS that Apple is not aware of.

#unc0ver v5.0.0 will be the first 0day jailbreak released since iOS 8!

Every other jailbreak released since iOS 9 used 1day exploits that were either patched in the next beta version or the hardware.

This will be a big milestone for jailbreaking.

By default, Apple’s operating systems do not allow root access to iOS or permits installing applications, extensions, and other software that are not authorized by Apple’s App Store for better security.

Jailbreaking is the process by which Apple’s operating systems are modified to remove restrictions imposed by Apple and gives the user complete control over their iPhones and other iOS devices.

“iPhones are getting more secure every year because Apple is learning their mistakes from public jailbreaks or attacks they find in the wild,” Pwn20wnd told Motherboard in an online chat.

Security experts usually warn users against jailbreaking an iOS device, as it can potentially expose their devices to malware and other attacks. However, in this case, Pwn20wnd claims that the new unc0ver exploit keeps Apple’s iOS security features intact and running.

Apple is expected to identify the zero-day exploited by the unc0ver jailbreak and release an iOS update in the coming days.

“Sooner or later, they will. But that’s just the nature of it. It will most likely take them at least 2 or 3 weeks to release a patch. Even when they release a patch, users can downgrade to the previous iOS version for about 2 weeks usually, and after that, the users should stay on their versions so that the jailbreak keeps working,” Pwn20wnd told Motherboard.

The new unc0ver 5.0.0 jailbreak can be used on iOS, macOS, Linux, and Windows devices. Those interested in downloading unc0ver 5.0.0 can do so from the official website here or from the GitHub download page here.