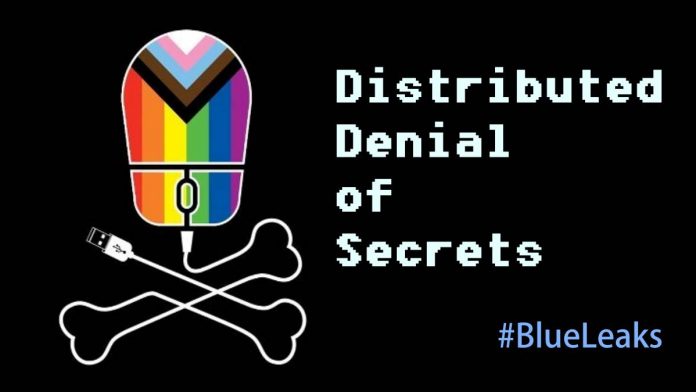 Emma Best, the co-founder of the Wikileaks-style Distributed Denial of Secrets (or DDoSecrets), has confirmed today that its primary public download server has been seized by the German authorities.

In a series of tweets, Emma has confirmed the confiscation of its DDoSecrets server:

We have received official confirmation that #DDoSecrets’ primary public download server was seized by German authorities (Department of Public Prosecution Zwickau file number AZ 210 AR 396/20) We are working to obtain additional information, but presume it is re #BlueLeaks.

We are working to obtain additional information, but presume it is re #BlueLeaks.

The server was used ONLY to distribute data to the public. It had no contact with sources and was involved in nothing more than enlightening the public through journalistic publishing

DDoSecrets was served with the following notice:

Emma has told Techworm that only the data and search server has been seized. The index is hosted elsewhere.

They are planning to switch to a new server to host the public downloads.

For those unaware, earlier, social media platform Twitter had banned the DDoSecrets account for leaking nearly 269GB of data trove called ‘BlueLeaks’, which belonged to more than 200 U.S. police departments, fusion centers, and other law enforcement training and support resources.

The data trove contained “highly sensitive information such as ACH routing numbers, international bank account numbers (IBANs), and other financial data as well as personally identifiable information (PII) and images of suspects listed in Requests for Information (RFIs) and other law enforcement and government agency reports.”

On June 24, 2020, Emma had confirmed the news of shutting down of it’s official twitter account of the DDoSecrets collective made of activists, journalists, and technologists.

The entire @DDoSecrets domain is being blocked by Twitter. If you attempt to tweet any link to ddosecrets[dot]com, the tweet will fail and Twitter will not send it, flagging it as “potentially harmful”. This is active censorship of journalism. #BlueLeaks pic.twitter.com/krbF5VmgRE

“We’ve worked with many national outlets on various projects, and our previous releases had been lauded as a ‘mini-Panama papers,’ among others things so it’s disheartening to see Twitter side with the police against researchers, journalists, and the public,” Emma had told Motherboard in an online chat.

Currently, there is not much information provided by the German authorities behind the confiscation of the server. However, Emma says that nothing is over and it is not going to stop its work.

A new .onion URL will be coming soon for DDoSecrets, Emma said in another tweet.

Out of an abundance, we will be announcing a new .onion URL for #DDoSecrets.

Keep watching this space for more information, as this is a developing story!