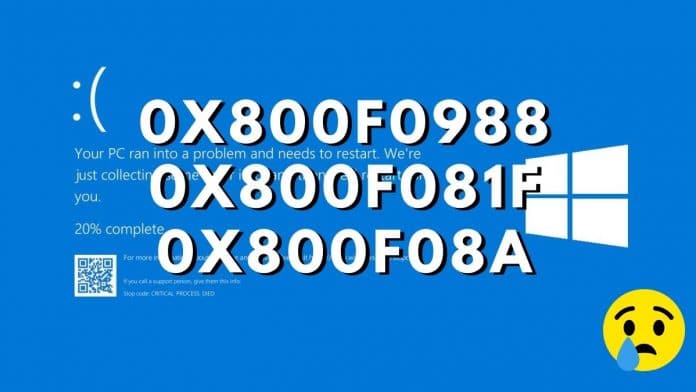 On 11th August, Microsoft released yet another problematic security update for Windows 10.

In addition to post-installation issues, users are experiencing problems while installing updates. For instance, unique error messages like 0x800f0988, 0x800f081f, and 0x800f08a are popping up while installing the cumulative updates KB4565351 and KB4566782.

In this article, we have discussed the aforementioned errors accompanied by some solutions to resolve them.

As mentioned earlier, 0x800f0988, 0x800f081f, and 0x800f08a are the three error messages being displayed while installing the August Windows 10 update. Users are reporting these errors on Microsoft’s community forum, Reddit, and Feedback Hub.

According to some users, the error message 0x800f0988 was also evident in the October 2018 Update and the WinSXS folder caused it. 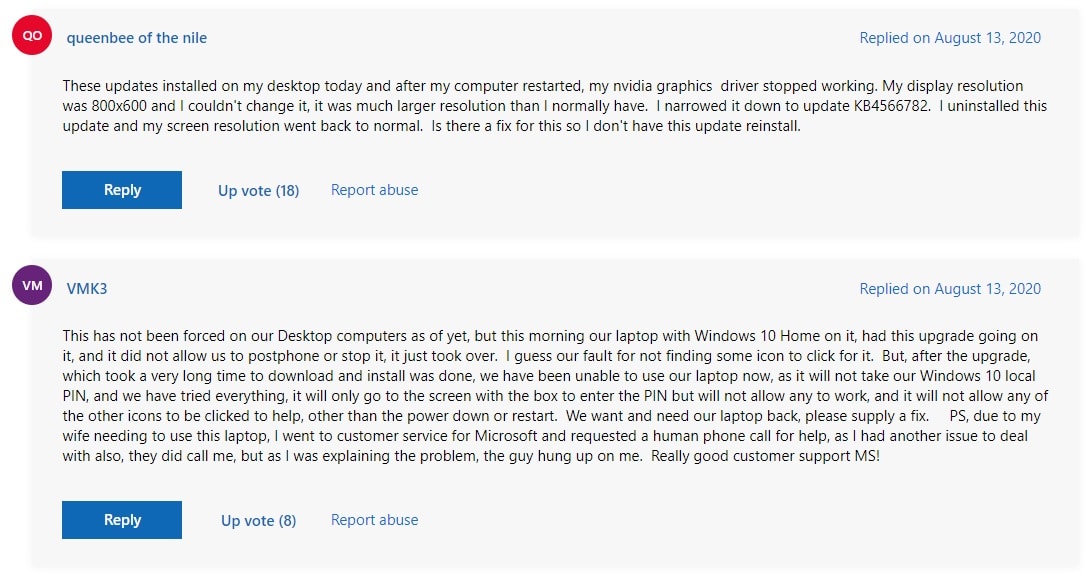 One of the most-reported error messages states that,

“There were some problems installing updates, but we’ll try again later. If you keep seeing this and want to search the web or contact support for information, this may help: (0x800f081f),”

Initial speculations suggest that these errors (especially 0x800f081f) can be associated with missing files in the WinSXS folder. Well, the WinSXS folder stores different copies of DLL and several system files. As of now, Microsoft hasn’t acknowledged any of the reported issues. As a result, it will take some time before the problem is resolved.

Presently, manually downloading and installing the Windows 10 cumulative update is the only workaround. The Microsoft Update Catalog might assist you in downloading the correct package that’s compatible with your PC. In the search bar, you can enter KB4565351 & KB4566782 to locate the latest updates.

Once the .msu file is downloaded simply apply the update and reboot your computer.

ALSO READ: How To Fix No Audio Output Device Is Installed In Windows 10