Microsoft has started detecting CCleaner, a popular utility tool for Windows as a Potentially Unwanted Application (PUA) PUA: Win32/CCleaner threat in the Microsoft Defender, the first wall of defence and security for Windows.

Piriform’s CCleaner is a top-rated utility tool that has features such as registry cleaner, application/browsers data cleaner amongst various other useful things. Their Disk Analyzer and Driver Wiper has garnered positive reviews for providing the utility for free.

What is a Potentially Unwanted Application?

Windows Potentially Unwanted Apps, also known as potentially unwanted programs that protect the computers from by disallowing the users from installing untrusted, suspicious programs that may cause irreparable harm and damage.

The PUA can be turned off from the settings as well which Microsoft advises against unless the users are absolutely sure about the application/program being blocked.

Back in early 2019, Microsoft banned CCleaner’s website on the Microsoft Community forum.

The ban was a result of Microsoft’s consistent stance on the damage that registry cleaner does to Windows PCs. 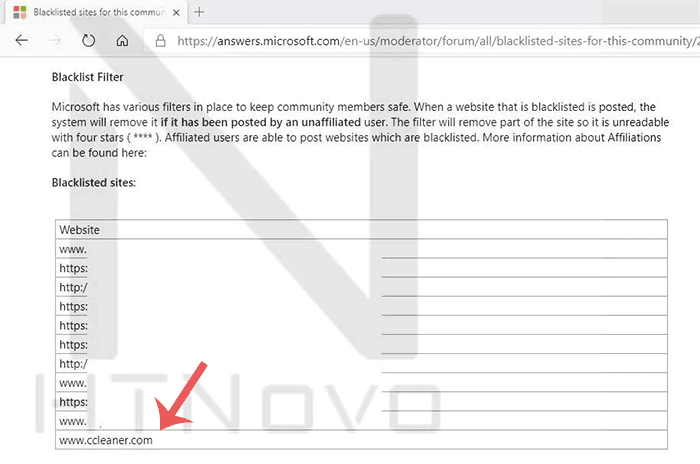 Microsoft Identifying CCleaners as a PUA – 2020

The Microsoft Security Intelligence site has added a new entry to its database, which classifies CCleaner as a PUA: Win32/CCleaner threat.

While no reasons have been given on the move, we could gather the following Microsoft’s policy on registry cleaning utilities.

In the fall of 2017, Avast, a popular antivirus vendor, purchased CCleaner as a part of their expansion plan. They started bundling their additional products and promotions inside the CCleaner installer.

Piriform sunk themselves further into a puddle of problems by toying with user consent on CCleaner regarding sharing usage information with the company. This was on top of the mandatory push of updates which could not be disabled.