EZTV, one of the world’s most popular TV-torrent sites, has lost control over its main domain name after it was suspended by the domain registry, reports TorrentFreak. It has been placed on a “serverHold” status by the registrar.

According to ICANN (Internet Corporation for Assigned Names and Numbers), the serverHold domain status is an uncommon occurrence which is “usually enacted during legal disputes, non-payment, or when your domain is subject to deletion.”

Since it’s advent in 2005, EZTV had become a reliable BitTorrent site and admired by the entire torrent community. Over the years, it maintained a steady user-base with millions of users visiting the site and established itself as one of the most respected torrent sites on the Internet.

But troubles started when EZTV began facing domain troubles in 2015. While EZTV has other domain options, the site has been stable on its EZTV.io domain for some time. However, a serious issue hit the domain during Wednesday, as the below image shows. 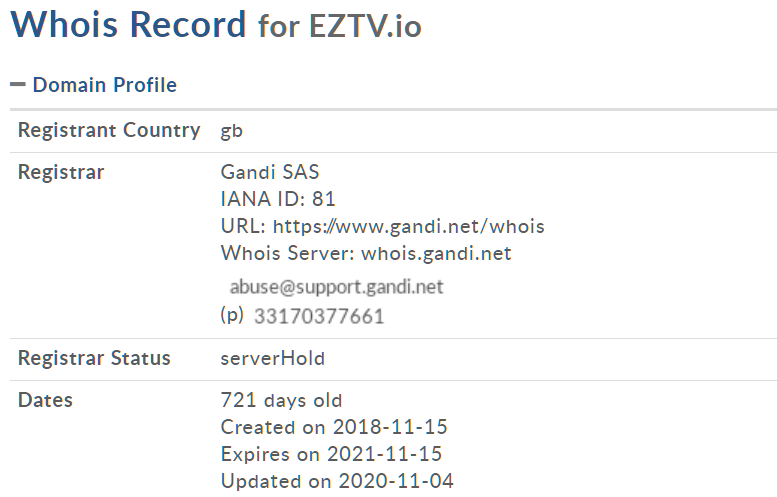 According to an archived copy of the site on the Wayback Machine, EZTV was still promoting the .io variant as its main domain up until at least Tuesday on the main site as well as its status page.

However, that has changed now as the image below, with EZTV now promoting EZTV.re as the alternative main domain. 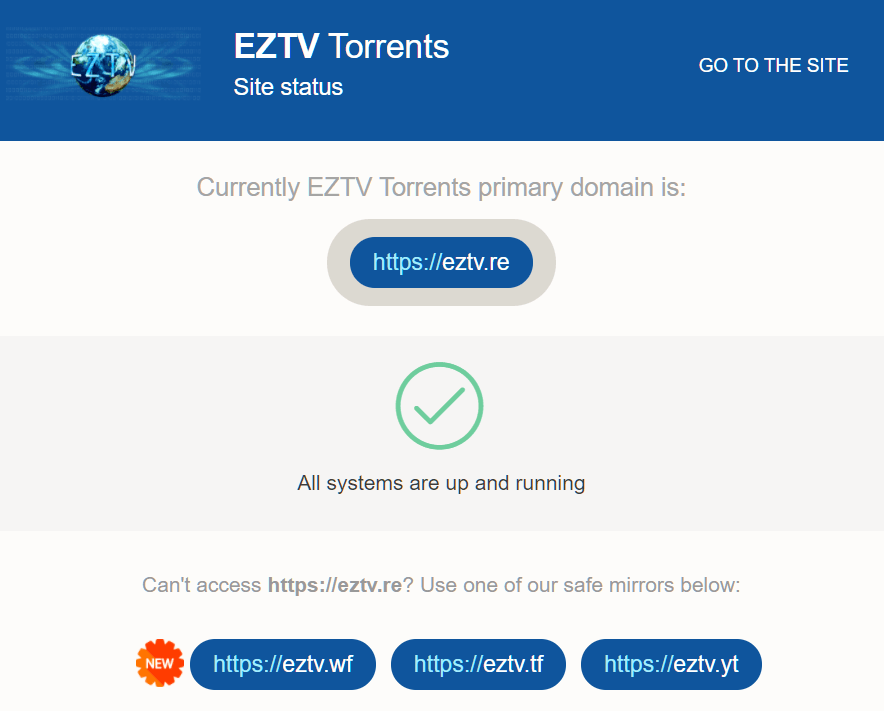 Not just EZTV, others too are facing similar issues. Torrent multi-search and proxy index, Torrents.io that provided an index of proxy sites for some of the world’s most popular torrent indexes including The Pirate Bay, RARBG, 1337x, RuTracker, and LimeTorrents, too went off due to domain issues on Wednesday.

Torrents.io also displays the ominous ‘serverHold’ status code, suggesting that it may be in some legal soup. When TF contacted the operator of Torrent.io, he said that the site now has a new domain, Torrends.to.