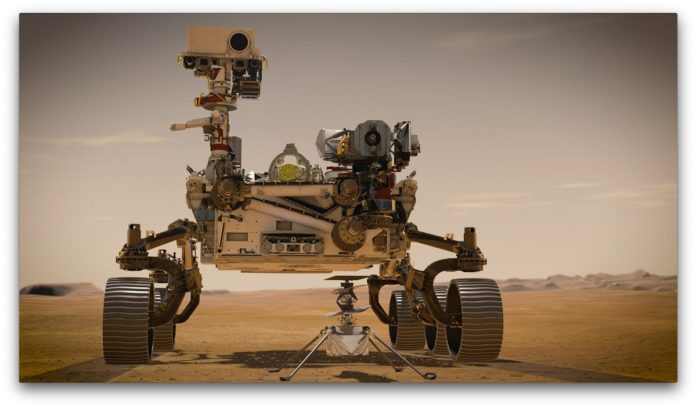 Around three days ago, Nasa successfully landed the Perseverance rover on Mars. Similar to Curiosity the primary objective of this rover is to capture high-quality pictures of Mars and collect scientific samples.

On its way to Mars, the rover was accompanied by Ingenuity, a tiny helicopter. If everything goes well, Ingenuity will become the first powered flight on Mars.

Surprisingly, for the first time, NASA has used the open-source Linux operating system to power the drone-sized helicopter. So here’s everything you need to know about the journey of Linux to Mars.

For the manufacturing of this helicopter, NASA has only used off-the-shelf hardware and software. The helicopter drone runs on a box powered by a few generations old Qualcomm Snapdragon 801 processor. As for software, NASA developed a Linux-based open-source software framework that goes by the name “F prime”.

“The software framework that we’re using is one that we developed at JPL for cubesats and instruments, and we open-sourced it a few years ago.”

“It’s kind of an open-source victory, because we’re flying an open-source operating system and an open-source flight software framework and flying commercial parts that you can buy off the shelf if you wanted to do this yourself someday.”

Perseverance, Curiosity, and Ingenuity are now the three man-made creations that are continuously exploring the surface of Mars and providing valuable information to scientists.