PS Vita is the eighth-generation console released after the juggernaut success of PlayStation Portable(PSP). Its predecessor was a storm that gave Nintendo a sweat for the first time in the handheld category.

On the technical front, it excelled with the backward compatibility. Some games from PS2 were ported to PS Vita, including Final Fantasy X/X2 Remaster and Persona 4 Golden, amongst others.

From a commercial point of view, PS Vita tanked and was deemed as a commercial failure. Lack of support from third-party developers and Sony eventually nudged users in the direction of Nintendo 3DS.

Over the course of its journey, the PS Vita garnered a small but loyal fanbase that refused to give up. They continue to play until the very end of its lifespan.

Don’t be disheartened if you are amongst the people who love playing PS Vita games. Now you can play those games again using the PS Vita emulator on your PC

Vita3K is PS Vita Emulator for PC, macOS, and Linux. The Vita3K PS Vita emulator is an open-source emulation program that is in the experimental stage. 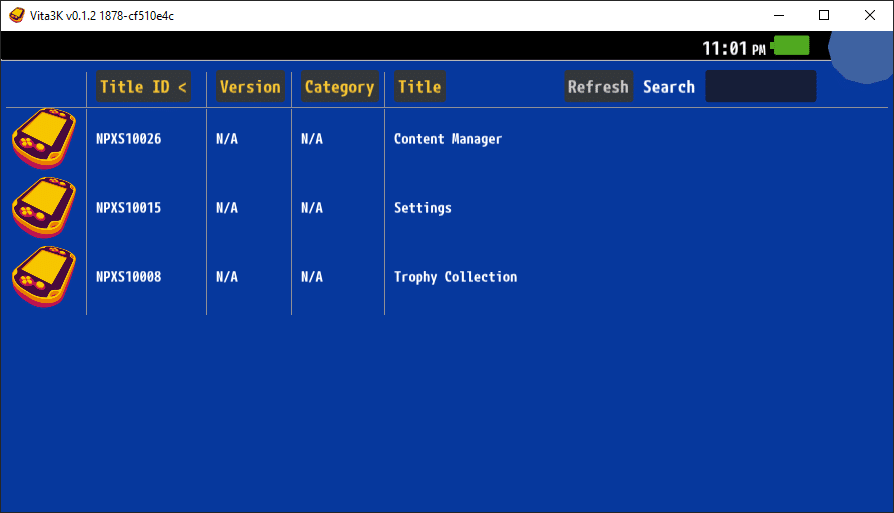 Several Vita emulators are floating on the Internet, which are filled with malicious files and nothing more. One notable fake PS Vita emulator is the EmuPSVita. It is raking in 100,000 installs on the Google Playstore while being a bogus app, which is shady, to say the least.

Right now, Vita3K is the only viable PS Vita emulator. A small percentage of games are playable on it, while most are far from compatible. Vita’s direct competitor Nintendo 3DS received their lone emulator last year. Proper PS Vita emulation is a couple of years ahead.

Being a recent device with several updated versions of the hardware only makes it complicated for developers to match it up. Watch this space for more emulators while keeping an eye on Vita3K