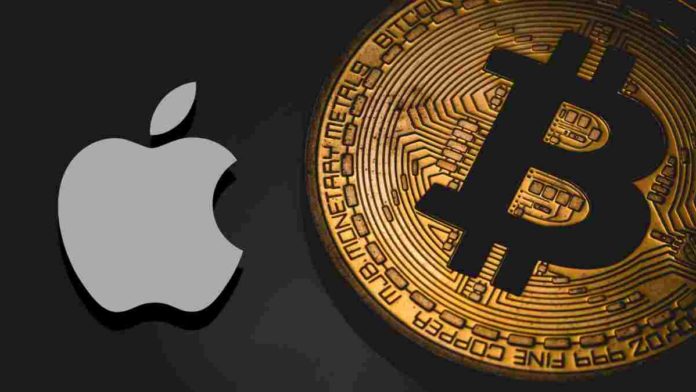 An iPhone user ended up losing all his savings worth $600,000 after downloading a fake Bitcoin app from the Apple App Store, as reported by The Washington Post.

In the month of February, the victim and cryptocurrency holder, Phillipe Christodoulou wanted to check his Bitcoin balance. That’s when he decided to download the “Trezor” app (a company that’s known for its hardware wallets) from the iOS App Store in hopes of finding a companion app for his iPhone.

The Trezor app looked like a legitimate app with the Trezor padlock logo and green background. Once Christodoulou entered his credentials, he lost 17.1 Bitcoins (which was valued at $600,000 at the time) to the cryptocurrency scam app. He discovered that the app was fake and not associated with Trezor.

Christodoulou has blamed Apple for allowing a fake application to steal all his Bitcoin. He feels they should reimburse him for the money lost, as Apple markets the App Store as a safe and trusted place. The company “betrayed the trust that I had in them. Apple doesn’t deserve to get away with this,” he told The Washington Post.

Not only Christodoulou, but it is also reported that at least 4 more people too lost their cryptocurrency to the fake app amounting the total damage to $1.6 million.

The Cupertino-based company defended itself and said that the developer of the Trezor app was able to bypass the App Store’s security through a “bait-and-switch” technique. The developer provided a safe version of the app for safe storage of data for verification and later changed it to a cryptocurrency wallet after it was published on the App Store, which Apple was not able to detect.

Apple said that the Trezor fooled the App Store claiming that it is not involved in any cryptocurrency, which made it appear on the Store from January 22nd until the day of the incident.

“User trust is at the foundation of why we created the App Store, and we have only deepened that commitment in the years since,” said Apple spokesperson Fred Sainz told The Washington Post.

“Study after study has shown that the App Store is the most secure app marketplace in the world, and we are constantly at work to maintain that standard and to further strengthen the App Store’s protections. In the limited instances when criminals defraud our users, we take swift action against these actors as well as to prevent similar violations in the future.”

It is worth mentioning that Trezor does not offer a cryptocurrency app for Android or iOS devices. The Czech-based company told The Washington Post that it had been notifying Apple about the fake Trezor apps in the App Store “for years”.

Last year, a similar fraudulent Trezor app was created for Android devices. Back then, Trezor issued a notice to Google as well as warned users against installing fake mobile apps, as they did not have one. Google quickly reacted to the notice and removed the fake Trezor wallet from its Play Store last December.