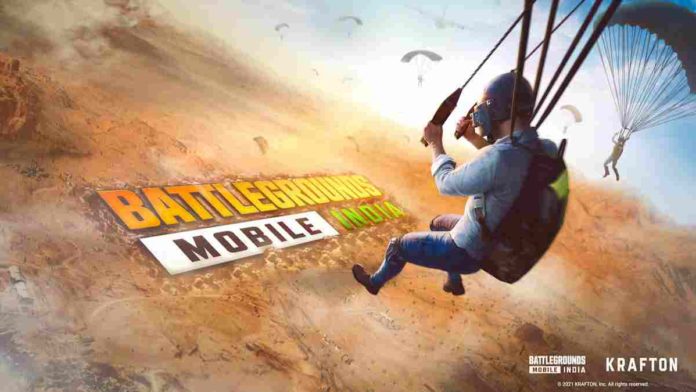 Ahead of the launch of Battlegrounds Mobile India, the Indian alternative to PUBG Mobile has run into trouble, as Arunachal Pradesh Member of Legislative Assembly (MLA), Ninong Ering, has written a letter to the Indian Prime Minister Narendra Modi requesting to ban the game.

According to Ering, the game is aimed to “sidestep” Indian laws and “deceive the government and Indian citizens” and hence, it should be banned in the country.

For those unaware, the Ministry of Electronics and Information Technology of India (MeitY) had banned over 260 Chinese apps and websites including popular online game PUBG Mobile following the India-China border conflict last May.

MeitY had banned these under section 69A of the Information Technology Act stating that the apps were engaged in activities “prejudicial to Sovereignty and Integrity of India, Defence of India, Security of State and Public Order”.

Ever since the ban in India, Krafton Inc., the South Korean company behind PUBG, has been trying extremely hard to relaunch the game in India. It even took away the publishing and distribution rights from China’s Tencent Games for the game in India.

Finally, after several months of negotiation with the government and an eight-month ban, PUBG Mobile India recently announced their return to the Indian market as ‘Battleground Mobile India’, a game dedicated to the gaming community in India.

In his letter to PM Modi, Ering stated that the majority of Krafton’s Indian employees, including its senior management team, are from Tencent “who were miraculously all hired” by Krafton in December last year and working on Battlegrounds Mobile India.

Tencent also currently is the second-largest stakeholder with a 15.5% stake in Krafton.

“Sir, this is a mere illusion and a trick to relaunch the same game with minor modifications and collect user data of millions of our citizens, including our children and transfer it to foreign companies and the Chinese government,” the copy of the three-page letter posted by Ering on Twitter states.

“Tencent is currently the second-largest stakeholder and has a 15.5% stake in Krafton. Its stake was only 10% in 2018 and it may soon have a majority stake and control.”

Ering also alleged that Nodwin Gaming, an Indian company that Krafton made a $22.4 million investment in, is a security concern due to its extensive ongoing ties with Tencent.

Additionally, the Google Play Store package itself has pubg.imobile in its URL for the pre-registration of Battleground game, hinting that it was a relaunch of PUBG Mobile India.

“The gameplay features and other aspects will be the same,” he said. “Krafton has also added maps from PUBG in the relaunched game and the weapons will also be the same with just new names.”

Ering believes that the game is Tencent’s “indirect way of entering India” and capturing data and details of Indian citizens.

He said that the privacy policy of the relaunched PUBG game states that while its data would be stored locally in India and Singapore, it would be transferred to other countries and regions to operate the game service and meet legal requirements.

Also, the launch announcement is timed with the launch of Krafton’s IPO, from which Tencent will directly benefit, Ering added.

Further, if the game is allowed to be relaunched in India, there is a very high potential of a breach of policy and cybersecurity of its citizens, as well as all the other risks of addiction, harm, deaths that were seen with PUBG before.

Requested @PMOIndia @narendramodi ji to not allow Chinese deception #BattlegroundsMobileIndia. It is a big threat to security of India & privacy of our citizens and a way to circumvent & disregard our laws.@AmitShah #IndiaBanBattlegrounds #NationFirst #AatmaNirbharBharat @ANI pic.twitter.com/H8nzUJ4aRk

The Indian government is yet to issue a statement on the matter.

Meanwhile, pre-registrations for Battleground Mobile India opened on the Google Play Store on May 18th. However, no official launch date for the game has been announced yet.