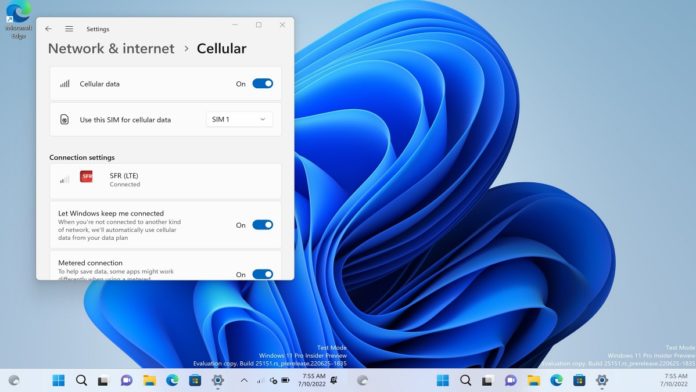 Earlier this year, Gustave Monce, the creator of the WOA-Project, had given us the first glimpse of successfully running the Windows 11 operating system on the first-gen dual-screen smartphone, Microsoft Surface Duo, which was pre-installed with Android 10. At the time, the phone was hardly functional.

Now, the French developer has released the most recent version of the project, which includes new features and improvements as well as several key driver updates. The latest release includes support for Wi-Fi, Cellular Data, Cellular Text, eSim, GPS, and Miracast, which makes Windows on Surface Duo devices much more usable than before.

It also allows you to effectively install and replace the phone’s mobile operating system with a desktop OS – Windows 10 or Windows 11 – on a first-gen Microsoft Surface Duo.

Given below is the changelog for version 2207.32, which is now available for download from GitHub:

It is important to note that critical things like making or receiving phone calls as well as the camera do not work properly in the experimental project. Some of the known issues with the Surface Duo when running Windows 11 are listed below:

Given the limitations in terms of features, it is not advisable to risk bricking your Surface Duo, as the device is not yet ready to replace the original Android for everyday use. However, if you still wish to try out Windows 11 on a Surface Duo, you can follow the instructions provided on the GitHub page of the project.

Also, the Surface Duo running Android has recently received an official update. Click here to check it out!