Ever since it was introduced, Linux has gained popularity gradually among users. Linux is used for various purposes including networking, software development, programming, pentesting, and web hosting.

Linux distros are all about catering to specific needs, customization, and the openness of operating systems that forms the core principles behind a Linux operating system.

However, choosing the right distro is very important given that there are dozens of them which can fulfil your needs.

Also Read- MacOS vs Windows vs Linux: Which one is better?

A distro, or distribution, is tech-talk for a Linux operating system (OS). Each distro is differentiated by its default interface, i.e. the way it looks, the library of apps officially supported by the specific “brand” of Linux, catalog of stock applications, and even repositories.

In the Linux world, there are hundreds of different flavors of distros. Examples include Debian, Ubuntu, and Red Hat (among many others).

I have compiled a list of the best Linux distros for a variety of purposes ranging from programming to gaming.

It all boils down to your usage and preference as all the mentioned Distros have been developed keeping one distinct usage in mind.

When you are just starting out, you need a Linux distro that is easy to use and gets done easily without pulling your hair out. 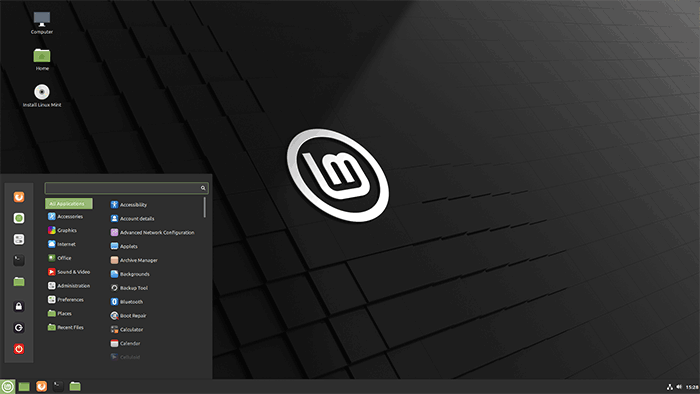 Linux Mint, or MintOS as some people like the Debian, Ubuntu-based Linux distro.

The operating system is sturdy, simple, and easy to use, as it should be for beginners to grasp Linux’s concept.

As a user, you are welcomed on the screen with user login, guides, and a link to the mint website; you are packed for any scenario

When a Windows user transitions to Linux, Mint is considered as the first choice. The desktop environment is classic, backed by an intuitive user-interface for newbies.

One of Mint’s best things is the availability of the entire Ubuntu and Debian software repository at its helm. Furthermore, it can install software from the Flatpack as well.

Shipped with the Cinnamon update as a default, the main menu(mint menu), based on the MATE desktop environment, has many essential options such as software install/removal and filtering. 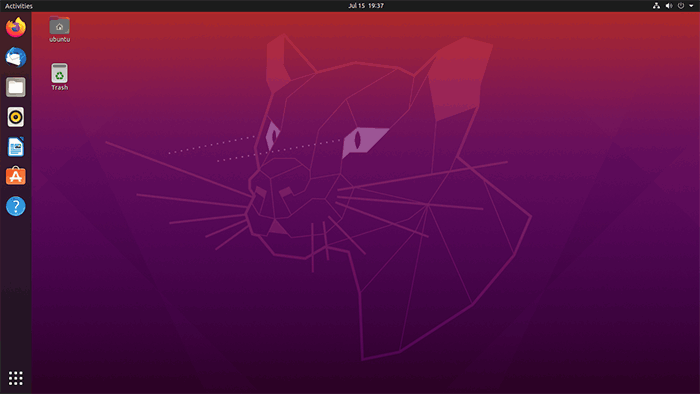 I have mentioned the lighter version of Ubuntu in our post on Best Linux distros for Old Laptops. Unlike its lightweight younger sibling, Ubuntu is a full-fledged Linux distro that is freely available with professional community support.

The Debian based distro has a majority of the Linux market share, considered as amongst the best Linux distro for beginners and veterans alike.

Used widely across computers, servers of different capacities worldwide, Ubuntu is regarded as a key proponent of Linux. Consequently, the forum support and troubleshooting is a cakewalk for trivial as well as complicated issues.

You can start away with the GNOME edition to get the ball rolling gradually. The default software package includes the likes of LibreOffice, Mozilla Firefox, Transmission, and much more.

Apart from the native apps, there is broad third-party app support for applications such as Spotify, Slack, Pycharm, etc. amongst various others.

That’s not all; with a wide range of support for drivers and applications, you can do quite a lot of gaming on Ubuntu as well. If you are searching for the best Linux distro for gaming, your search should end here.

While SteamOS has shown promise, it is marred with delays in software updates and bug fixes, with limited hardware compatibility.

Linux distro for Laptops and notebooks have a set of rules which need to be followed. The age, computing power, usage, and hardware need to be kept in mind when searching for a Linux operating for your laptop. 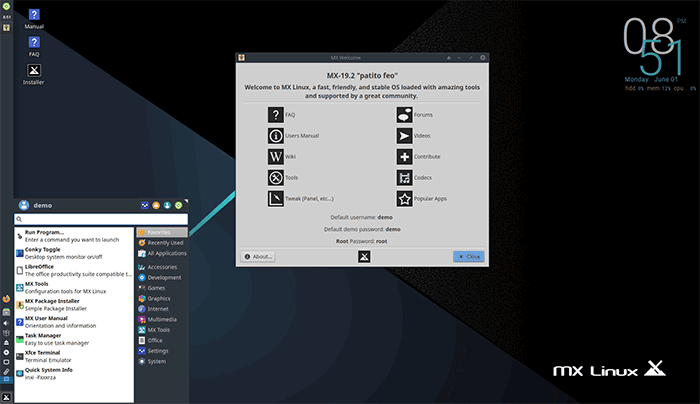 MX Linux has made a commendable mention in our earlier post on the best Linux Distros for old laptops. The Xfce based distro amongst the fastest Linux distro right now.

Inspired and based on Debian, MX Linux offers an elegant desktop experience, shipped with the standard drivers for all the components, including the WiFi.

The installation guides the guiding light for everything regarding this distro.

Additionally, you will virtually never run software options as you can install the Debian packages based on the Debian OS itself.

Before I move on, MX tools deserve a special mention. The collection of utilities has grown from strength to strength over the years. 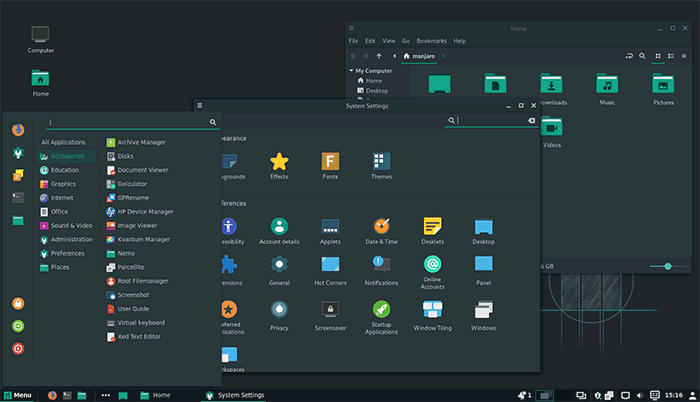 An Arch-based Linux, it ticks all the right boxes when I talk about a Linux distro for gaming.

Apart from the default Xfce desktop environment, you get the option of KDE, GNOME, and a network specialist edition designed for advanced users.

During installation, it automatically detects your hardware and installs the appropriate drivers for the same.

The recently added Pamac package manager is an aesthetically sound edition to the astounding distro for laptops.

Linux is the backbone of the Internet, powering the majority of servers and virtually all the supercomputers in existence.

Servers need programmers to maintain them and continue the development schedule for optimizing the performance.

Therefore, working directly with Linux is necessary for programmers to accustom themselves to the server-side of the things. 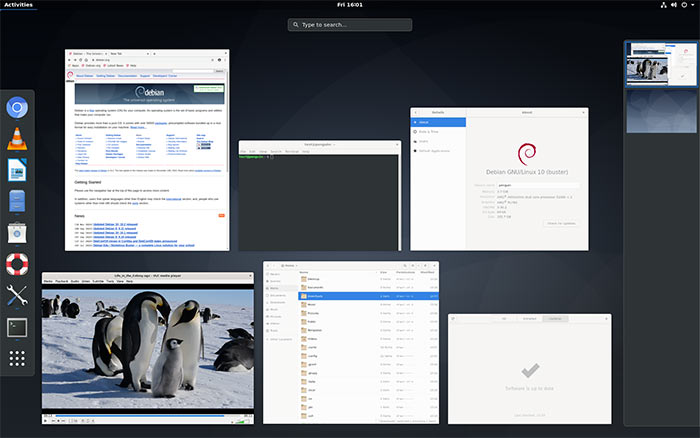 Formerly Debian GNU, the project behind Debian, has been developed by Linux enthusiasts that believe and support the open-source philosophy of operating systems.

Debian runs seamlessly on older computers and laptops without a hiccup, as special care is taken in crafting it for older machines.

Backed by over 50,000 software installation packages, you will not need to look elsewhere for a Linux distro for programming, development needs.

The aesthetically pleasing desktop environment is packed, leaving no stones unturned for the developers and coders to stay back and enjoy the ride. 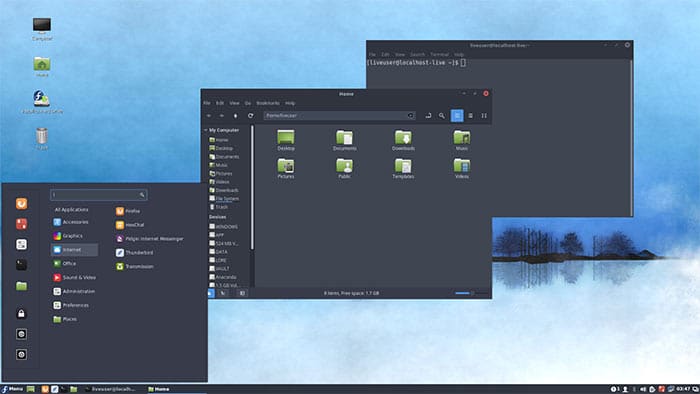 Fedora is owned by Red Hat while being a community-driven/backed project for the public.

Starting with the installation, it is on the simpler side of the spectrum. You will get it right in the first try itself. There is always detailed documentation to guide you if you get lost.

Apart from the default GNOME, you get options of DE such as LXDMATE, Xfce, Cinnamon, and several others in their Fedora Spins edition.

Talking about the security, Fedora relies on the Security-Enhanced Linux kernel to keep things in control regarding permissions, access, and more.

It is amongst the most secure Linux distros available for the public,.

Servers require a Linux distro that offers higher levels of optimization, efficiency, and reliability. It helps the server owners save a considerable amount of money in the long run and help bring profitable returns.

While Ubuntu continues to be the reigning as the leader in the server segment, I list out a couple more to add to the list of the best Linux distro for servers. 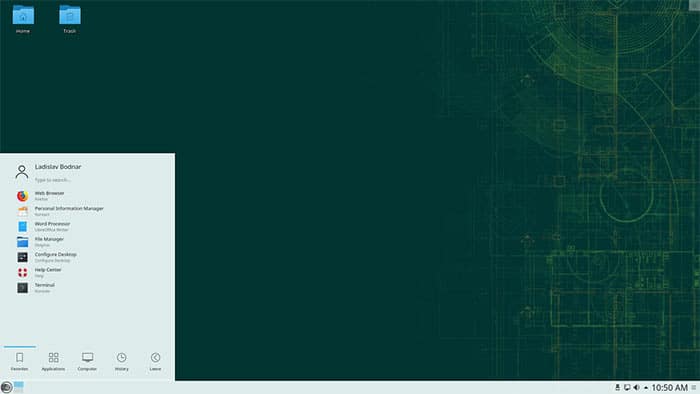 OpenSuse has the backing of several companies and the SUSE Linux project by SUSE corporation.

Intending to promote Linux usage on a global scale, OpenSUSE keeps it straightforward with their fantastic Zypper package manager, that keeps things in order on the installed distro.

In the customization department, OpenSUSE has one up above many Linux distros. The installer can be tweaked/customized according to user preferences.

Figuring out WAN and LAN has been a real mood breaker on a handful of distros. OpenSUSE excels in this with its plug and play model, where you connect to a WAN by entering its password. 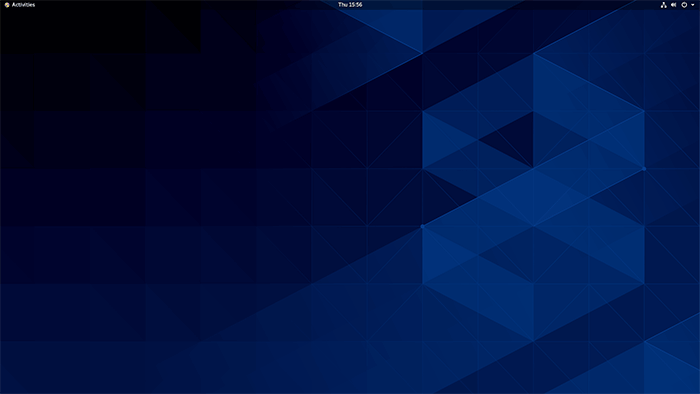 Another community-driven Linux project; CentOS is based on Fedora and Red Hat. CentOS is a full-fledged 100% rebuild of the Red hat Linux, intended for organizations and multinational companies.

CentOS is for users who need a Linux distro for their organizations’ servers without the expensive certifications and usage rights.

Amongst the most stable Linux distro, it offers all the standard utilities, functionality, and tools. Some people consider it a boring Linux, which is a compliment for a distro meant to be simple, stable, and san any shenanigans.

The kind of Linux distros that load up directly in the RAM and are considered the fastest, on a similar range with the fast SSDs, NVMe. No disk space is required for RAMDISK based distros. Since it will run directly on RAM, make sure to have ample amount of RAM for the distro to function in its glory. 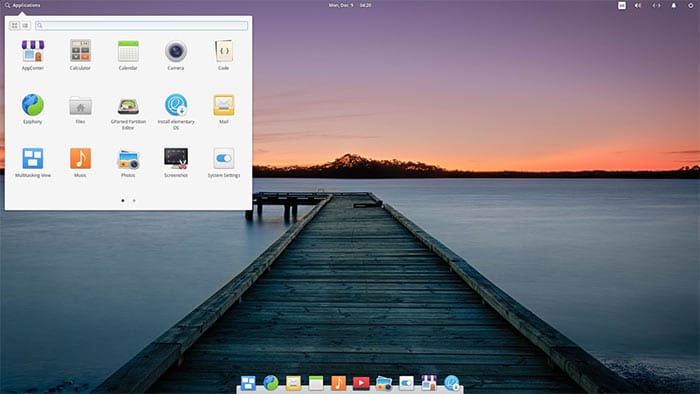 Elementary OS will take you for a nostalgia ride of MacOS from time to time. The desktop environment, Pantheon Desktop, is similar to what you get on a Mac operating system.

The Linux running from RAM/RAMDISK is an elegant addition to the distros line with the aesthetic flair on par with the most polished operating systems out there.

Backed by a pay-as-you-like model, users will need to shell out any amount of money for getting their copy of the Mac OS like distro. 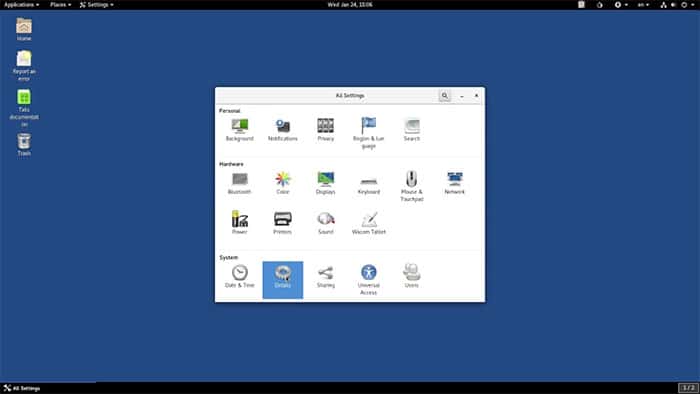 Tails is all about security and privacy. Leave no traces behind when using the LiveMedium or RAMDISK mode.

The Debian inspired Linux distro has the GNOME desktop environment, with the goal of providing complete anonymity when surfing the Internet.

Holding the baton of privacy and security, Tails ships with anonymous friendly software such as Tor, IIRC, etc. that keeps the loose ends tied when you log off.

Looking for the best Linux distro for you requires a bit of background and homework. You need to ascertain your needs, know the computing power and usage duration before moving forward.