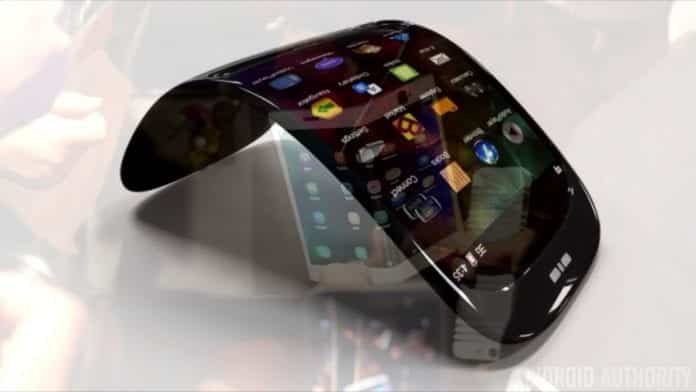 Apple and Samsung have been playing hide and seek with their respective products ever since the first iPhone was launched.

Now we seem to be moving to a different era where the smartphones will be foldable affair a-la wallet which can be folded and kept in your back pocket.

While there is news that Apple is working on such a foldable smartphone, Samsung seems to have stolen the march over Apple.

The model number that popped up in a Korean patent filing was Samsung Galaxy X. So there, we would be having a new era of foldable smartphones which can be just put in your back pocket.

Foldable phones are coming – it’s only a matter of time – and it’s looking increasingly like Samsung could be the first company to commercially launch one, possibly as soon as this year.

Whatever Samsung does, Apple is sure to follow and whatever Apple does becomes news! So we may well have the next decade full of foldable smartphones from the variety of smartphone makers including LG, OnePlus, etc.

We may even know what it’s called, with the mysterious Samsung Galaxy X being the subject of several bendable leaks, foldable patents, and flexible rumors.

However, there are several hardware related issues that Samsung engineers need to overcome. According to a Korean website, the all-new Samsung Galaxy X is the subject of several bendable leaks, foldable patents, and flexible rumors.

The idea of a foldable phone isn’t new to Samsung, in fact way back in 2011 the company showed off a prototype of exactly a precursor to Samsung Galaxy X.

The device looked chunky and awkward, but even back then it somewhat worked, remaining intact after 100,000 folds, with only a 6% drop in brightness at the center, where all the folding action happened.

However, that was just a prototype Samsung had developed. Later that year Samsung launched a concept video of a fully bendable (and transparent) mobile device, that could fold out from a phone-sized screen to a tablet-sized one, showing Samsung’s work in the field of foldable smartphones.

Samsung showed its bendy plastic screens at CES 2013, along with a name – they were called ‘Youm’, though it was clear from the flexible prototype that Samsung demonstrated was far from ready for commercial use.

Cut to 2017, and Samsung seems to have secretly solved the pending problem with Youm and now it is ready with Samsung Galaxy X for commercial launch. The Korean website suggests that Galaxy X  would be ready for release in 2017 and would have a foldable 4K display so that the resolution would remain high even when the phone was folded.

However, skeptics in the industry put a probable date in December 2018 for the release of Galaxy X.

Whatever the case may be, we are in for a foldable smartphone decade!!!