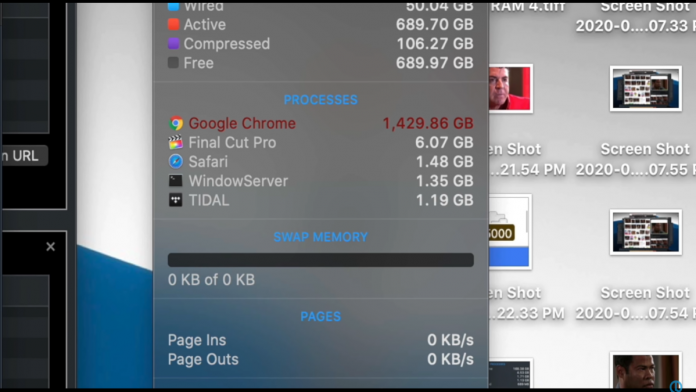 In 2019, Apple unveiled the long-awaited Mac Pro 2019. The highest-end variant of this professional desktop computer costs around $53,399.00 and it comes with a 28-cores Intel Xeon W processor and 1.5 TB of RAM.

Tech enthusiast & famous YouTuber Jonathan Morrison who produces high-quality tech videos has been testing Apple’s Mac Pro from the past two months. Up until now, he has produced five different videos on the Mac Pro.

In one of the videos, he tested out the video editing performance of this pro-level computer by creating a full pro-res 16K video file. Later using this 16K video file he ran a Multi-Cam view on Final Cut Pro, playing 16 videos simultaneously.

In another 18 minutes long video, he collaborated with two renowned music producers and used the Mac Pro to produce a song from scratch. The music producers who used Logic Pro X pushed the machine to its limits by using hundreds of tracks and plugins.

Luckily, the Mac Pro did not break a sweat while performing the tests mentioned above. However, In his latest video, Jonathan Morrison nearly killed the Mac Pro by opening 6000 chrome tabs.

As stated by Jonathan in the video, he didn’t simply open blanks tabs rather he loaded actual websites to test the performance of Mac Pro with 1.5TB of RAM. In order to save time, Jonathan made a script using the “Automator” and made a list of 50 legit websites. He then copy-pasted this list 20 times to simultaneously open 1000 tabs.

Later, he gradually increased the number of tabs. After reaching 5000 tabs, the Mac Pro started facing some trouble. The CPU cores of this professional computer started spiking up and Chrome was consuming around 200-300GB of RAM.

Lastly, upon opening 6000 tabs, Google Chrome was consuming 1.49TB of RAM and one of the tabs became unresponsive. Once Jonathan tried to “Force Quit” the unresponsive tab the entire application crashed.

Luckily, the Mac Pro didn’t crash completely and was responsive during the entire testing period.