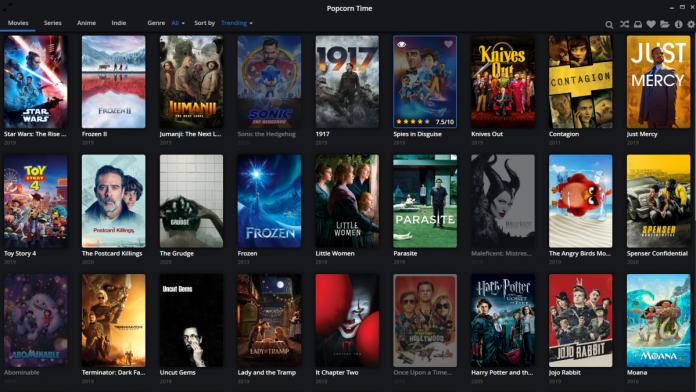 With many around the world self-quarantining themselves at home as a precautionary measure amid the coronavirus pandemic, people are using this time to binge-watch their favourite TV shows and movies.

Taking advantage of this situation is ‘Popcorn Time’ – one of the most popular legendary piracy app – which has made a comeback from the dead.

After a six-year hiatus, Popcorn Time aka “Netflix for piracy” on Tuesday announced its return by tweeting “Love in the Time of Corona Version 0.4 is out !”, reports Motherboard.

For those unaware, launched in 2014, Popcorn Time is a multi-platform, free software BitTorrent client that allows people to stream movies and television shows (illegally) without actually downloading any files on their computer.

Following its launch, Popcorn Time became immensely popular because of its easy-to-use interface just like the streaming app, Netflix.

However, the increase in popularity prompted its original developers to abruptly take down the program due to pressure from the Motion Picture Association of America (MPAA).

Since then, the program has been forked several times as an alternative to the service, but the original service continued to remain offline for several years.

The new version of Popcorn Time 4.0 is similar to its previous versions, which is free to download, easy to use, and features a huge library of TV shows and movies, including new movies.

The older official website popcorntime.sh now redirects to popcorntime.app where all versions of popcorn time apps are available for download.

The website even suggests people to use VPN (Virtual Private Network) service to avoid their app being snooped upon by their Internet Service Providers (ISPs).

For those who cannot afford the luxury of subscribing to legitimate streaming services like Netflix, Hulu, Amazon Prime Video and are willing to risk themselves, then Popcorn Time (not recommended as it’s illegal) is probably the way to go to binge-watch their favourite TV shows and movies to kill time at home.