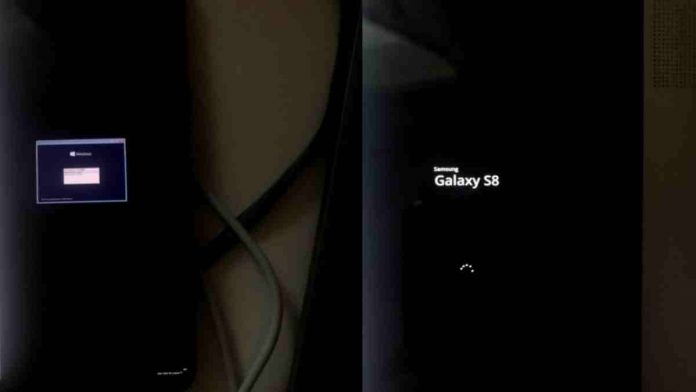 A group of developers have managed to successfully install Windows 10 on ARM on a Samsung’s Galaxy S8.

One of the lead developers, Evsio0n told Windows Latest that they were able to get Windows 10 running on a Samsung Galaxy S8 after fixing a memory leak bug in the Windows 10 ARM project for Snapdragon 835. The team shared the screenshots of the results on Twitter.

After the memory leak fix, a Spain-based developer demonstrated his successful Windows 10 ARM installation on a Xiaomi Mi 6 powered by Snapdragon 835 processor.

It’s a big achievement to get Windows 10 running on Android handsets, but it is worth noting that that the breakthrough is not complete for the Galaxy S8.

As the project is still in its early development stages, a great deal of Windows is not much usable as features like touch functionality, camera and other sensors are not working yet.

While the project does not make much sense and is more of a fun project, some developers are exploring options like dual-booting Windows 10 for ARM on Android. This means we can expect more development on the workability in the coming weeks.

Last week, we reported how a developer managed to run Windows 10 on a virtual machine with only 192 MB of RAM.