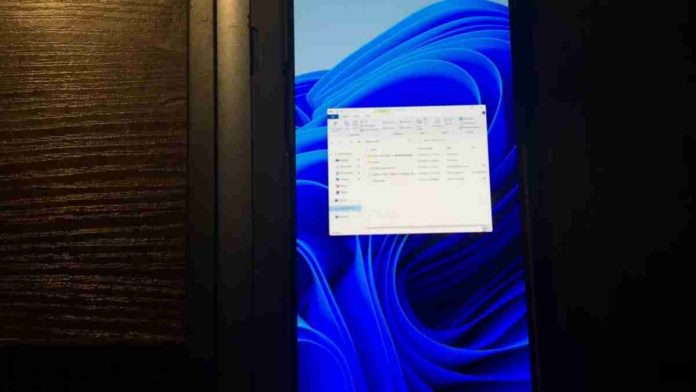 Microsoft released the first preview build of its latest operating system, Windows 11 to the public on June 24th. Ever since, developers and hackers around the world have started experimenting with the software on all kinds of laptops, desktops, and tablets.

Now, a team of developers behind the “Renegade Project” have managed to get Windows 11 running on a OnePlus 6T smartphone since the operating system supports both x86 and ARM processors.

To run Windows 11 on the Android phone, the developers created their own tools and drivers and enabled a custom UEFI environment on the Snapdragon 845.

Xilin Wu, the lead developer behind the project, told Windows Latest that “Windows 11 ARM64 can be installed on Snapdragon 845 phones, while Snapdragon 855 is partially supported by the edk2-sm8150 port.”

The video below is shared by one of the team members edi194 who shows successful installation and booting of Windows 11 on a OnePlus 6T, which already had Windows 10 for ARM installed on it.

As one can see, the installation process of Windows 11 does take quite a while but the smartphone eventually manages to successfully boot up the new OS.

Since Windows 11 is designed to run on PCs and not smartphones, some core functions of the device such as Wi-Fi, Bluetooth, cellular connectivity, audio over the speaker, and sensors are broken. However, the touchscreen display, USB port, and GPU (either fully or at least partially) are working.

According to a report from XDA Developers, the team also managed to run a few PC games on the OnePlus 6T, which includes GTA IV, CS:GO, Far Cry, Minecraft, Need for Speed: Most Wanted (both 2005 and 2012 versions), SimCity 5, and more.

The Renegade team has also created a Google spreadsheet for games that could be run on OnePlus 6/6T using Windows 11.