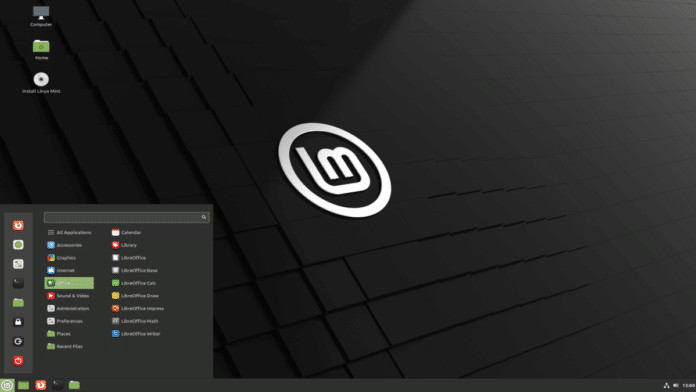 The Linux Mint project in an official blog post announced the release of the latest version 20.3 (“Una”) with updated software that brings refinements and many new features to make your desktop experience more comfortable.

Based on Ubuntu 20.04 LTS, Linux Mint 20.3 is a long-term support release, which will be supported until 2025. It is available for download in Cinnamon, MATE, or XFCE versions, which all have a Windows-like interface and GTK-based applications.

In this update, the Hypnotix IPTV player has been improved with Dark Mode support and a new set of flags. It also includes a new search function that allows you to easily find TV channels, movies, and series. The IPTV player now also supports the Xtream API.

Linux Mint users also get a new Xapp called Thingy, a Document Manager, which gives you quick access to your favorite and recently opened documents and keeps track of your reading progress.

Further, the Sticky Notes application now has a search function. Also, the look of the notes has been improved by embedding the title within the note. Additionally, a new control has been added inside the notes toolbar to control the size of the text.

Linux Mint 20.3 features an updated look and feel with larger titlebar buttons, rounded window corners, a cleaner theme, and support for dark mode. The hover zone around the icons was also widened to make it easier to press the buttons. Also, the maximize/unmaximize icon is more intuitive than before.

The main improvement across all editions in Mint 20.3 is the new “Mint-Y” theme, where accents and feature colors have been removed on some of the widgets (toolbar buttons, menus, filebrowser’s sidebar) and the base color has been changed to a brighter shade of grey.

Accents have been kept on small widgets such as sliders, checkboxes, radios and the close button continue to provide your favorite highlight color while the rest of the theme takes a step back and looks cleaner than before.

Linux Mint 20.3 features full dark mode support and take advantage of this to give the terminal and multimedia apps a distinctive look. The applications that are shipped in Dark Mode by default are Celluloid, Hypnotix, Xviewer, Pix, and Gnome Terminal.

Further, the original version of the Mint-Y theme has been renamed as “Mint-Y-Legacy” and made available in the repositories. Those who prefer the older style of the desktop can switch back to the original version by enabling the Mint-Y-Legacy theme to restore the previous theme by simply installing the “mint-themes-legacy” package and change their theme to select the Legacy one.

The star of the show in Cinnamon 5.2 is the calendar applet, which features multi-calendar events, including Google Calendar as well as the GNOME Calendar app Mint ships with. The applet supports online calendars and syncing.

The file manager Nemo has a new feature that offers a rename option when copying a file, which makes it possible to have files renamed automatically to avoid conflict as they are moved/copied to the new destination.

For more information about Linux Mint 20.3, you can read the official release post on the Linux Mint blog.