Often get bored in school at the library or the computer lab/room? You are not alone. Studies are important, and so are the gym/sports classes but playing games on the computer is refreshing.

Is your school administrator blocking access to sites for gaming on the school’s computer?

Then access some of the best unblocked games for school to play for free using this article.

These unblocked games run in web browsers without requiring any installation. No need for flash. You can start playing after loading them.

Some of them offer to save states for resuming gameplay in the future. Others store personal high scores in the browser.

Play blocked games in school without interruption through the method we mentioned at the end.

We have compiled a list of the best unblocked games to play in school.

The first unblocked game for school is Flappy Bird. Everyone with a smartphone has played this game at some point in time. It has made its way outside the devices and can be played in the browser. 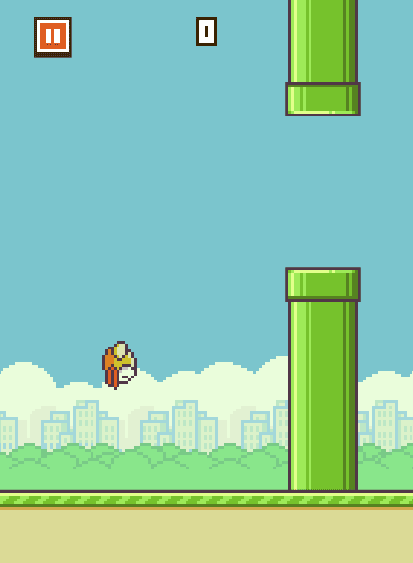 You only need the mouse to click consistently for the bird to stay in the air and avoid the tunnels. Touch any of the obstacles, and the game ends. Your game will screen by one for passing each tunnel without touching it.

It remembers the high score, so play the game with friends at school. Beat theore of each other and have a good time.

Paper IO is another game for school which requires either a mouse or a keyboard. The idea is to move the block around and capture a major map area. Move an outline around the map and circle back to the block to capture the area. 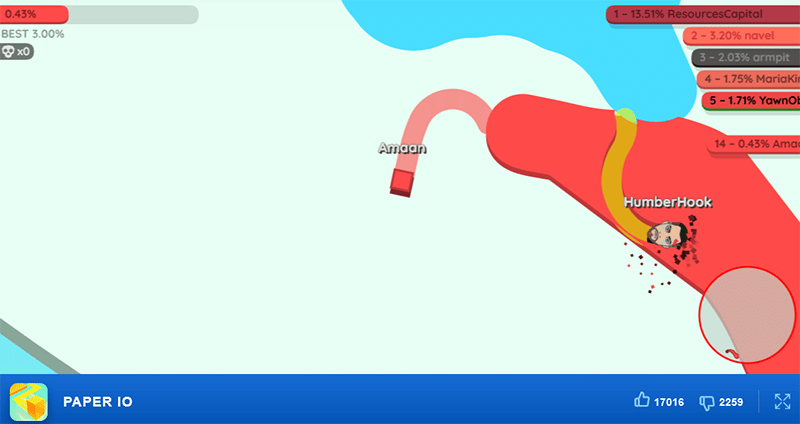 You can capture other players’ areas by running an outline over them. Make sure to avoid touching their outlines in progress to avoid getting knocked out. This game can be played with friends by creating a party lobby.

Slope 3 is an infinite game with endless running. You will not get bored playing it in school. Control the ball using A and D or through the arrow keys. Keep the eyes on the path and avoid obstacles to advance forward in the game. 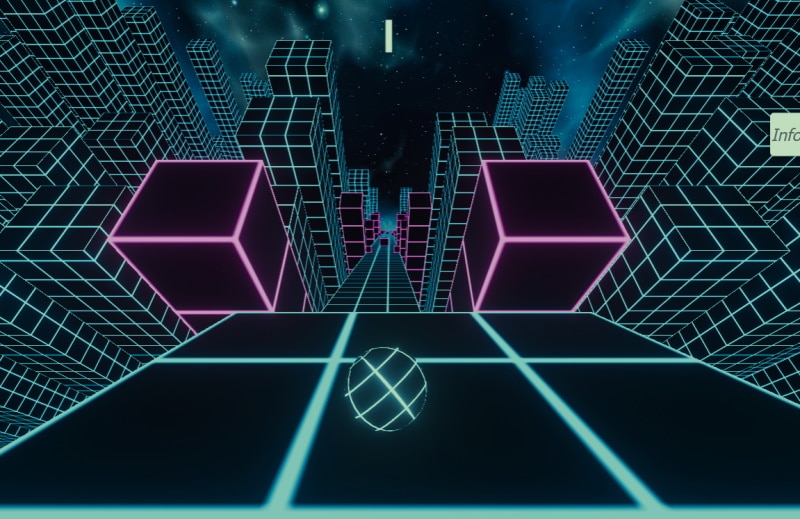 The ball’s speed gets faster as the player advances in the game. The score increases by 1 with each successful jump. As the game does not have an end, aim for scoring high and lodging your name to the top of the leadership board – daily, 7 days, 30 days, and all time.

Enter a name for the scoreboard at the beginning and start playing the game immediately.

The snake game goes back decades, transcending platforms and age groups. Play it on the browser during school and have a lot of fun in different modes. 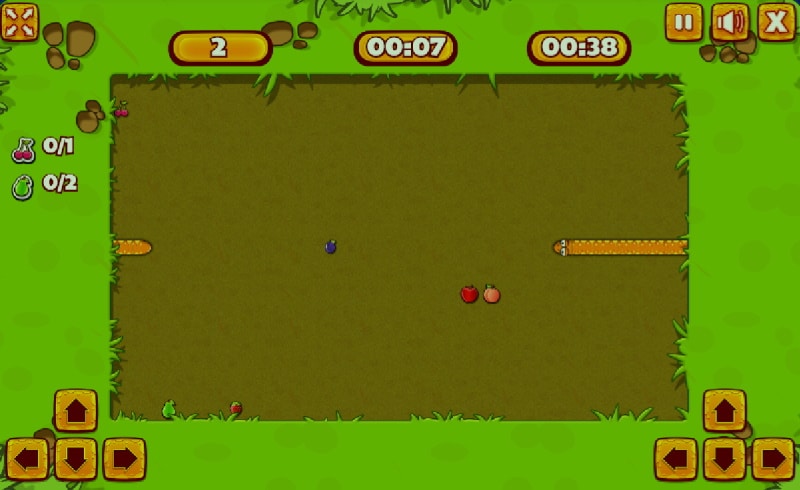 We get two modes on the welcome screen – survival, the classic eat the fruit, and the snake grows in length. The other mode is an adventure with 20 different levels, each having different obstacles. The first level has a target of eating specific fruits in a given time to qualify.

Control the snake through the arrow keys or use the on-screen control on both sides of the screen. You can go fullscreen and enjoy the high-definition gaming experience.

Stick Hero is the simplest unblocked game for school. Draw bridges using the mouse to pass through every platform, whose length will vary. If the bridge is short, you fall off into the ditch, and the game ends. On the other hand, if the bridge is too long, there is a risk of running off the proceeding platform. 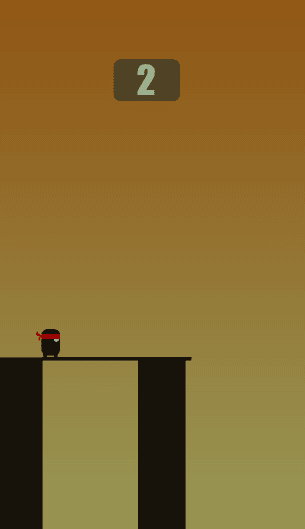 The score increases by a point for crossing a platform. You can maintain a personal high score until the browser history is cleared. The game is touchscreen friendly, so it can also be played on smartphones and tabs.

Revv it hard and ride the bike across the map, dodging obstacles to complete the level. Finish each round in the fastest time possible and earn a bonus. Do front or back flips while in the air to receive a reduction in the total time for the level. 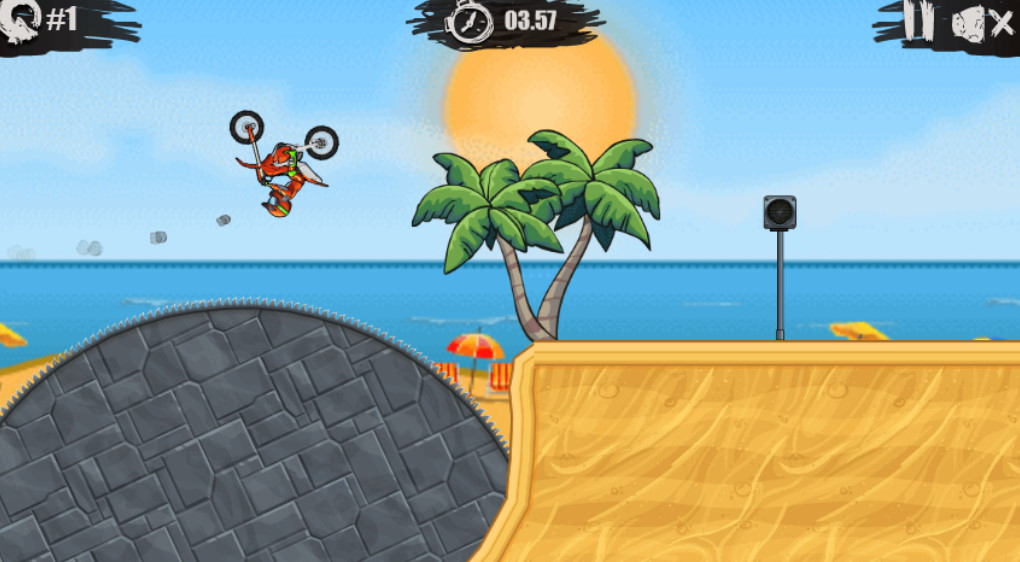 Earn one point per level, and use it in-store for buying new bikes. The lowest one starts at 10 points. There are over 50 levels to play so you won’t get bored at school. Rewind back and play the unlocked levels. The game remembers your progress and resumes from the last played level. 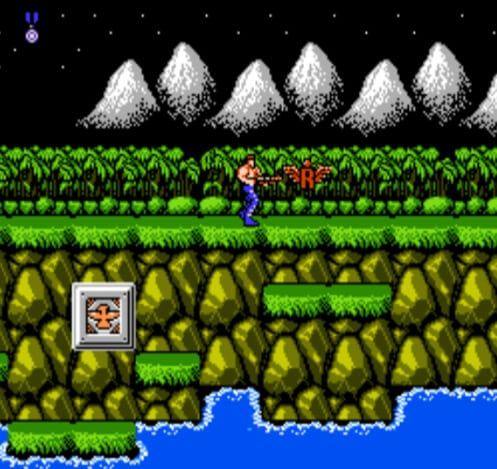 You get two lives to play the game, increasing as the player advances. We get a rifle to combat enemy soldiers, canons, and flying drones. Use arrows for movement and aim, Z for shooting, and X for jumping in the air.

The scores are recorded on your IP address, so your achievements will not be lost even if the browser history is cleared. Save your game progress by downloading the save state through the button at the bottom. Upload it the next time and resume from where a level you last played.

Get the boots out and head to the court. Play tennis in single mode or with friends using a single keyboard. This 2D unblocked game for school has miniature characters playing tennis against each other. 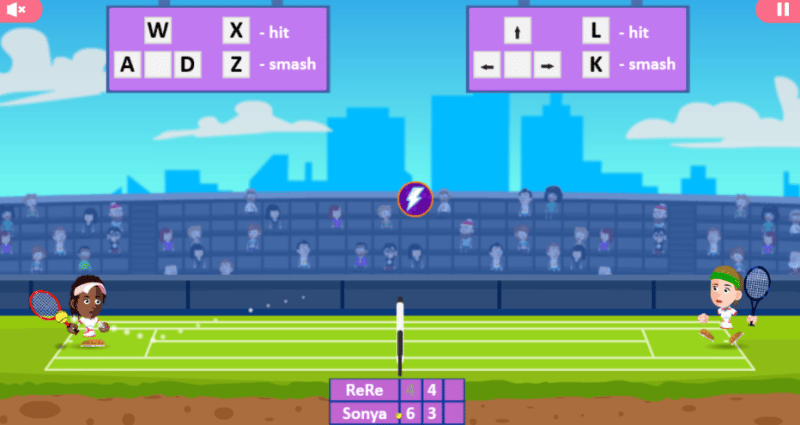 Play in single mode, with friends, or tournament style as a player. Start your journey as different groups, then proceed to quarterfinals, semi-finals and glory in the finals. Players can play a few matches and continue the tournament at a later time.

The scoring system consists of one point for each game with a set win at 6 points. Select popular players for the game, ranging from Rafa to The Maestro.

Play Minecraft during school time without requiring any installation. The sandbox construction video game comes to a browser near you. Start building a world in the single-player mode. Invite up to 9 friends through a shareable link to play together. 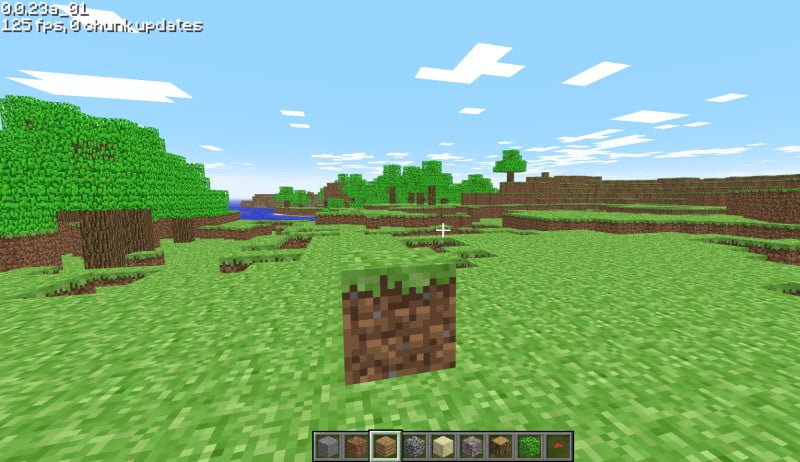 Never get bored with the world as you get the option to generate a new level. The settings include the fps counter, world render distance, music on/off, and controls, which can be customized.

Use left-click to break blocks and then right-click to place new blocks. The resolution automatically gets calibrated according to the monitor.

The last unblocked game for school is Chess. It is almost never blocked in a school; some institutions encourage playing it to improve analytical skills. The game is free and you can login through account and social media. You can play as a guest without logging in. 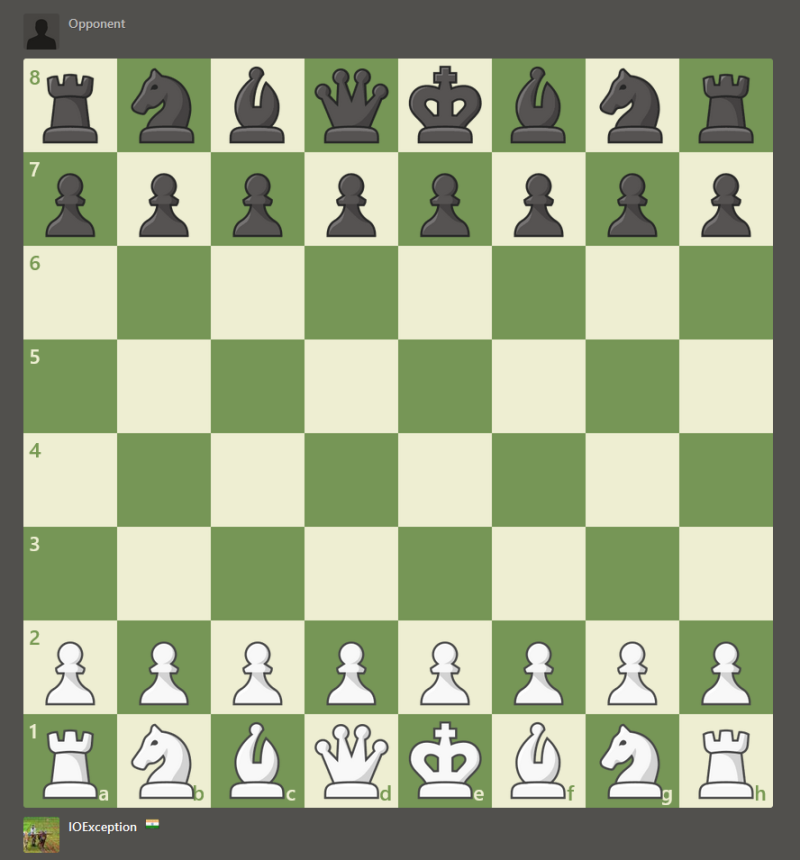 Play against the computer with varied difficulties, online with players having similar ratings. Participate in tournaments against real players and win virtual trophies to boast.

There is a 10-minute classic game and bullet chess game with a minute on the block on both sides. Some of the other variants include Blitz, and long.

How to play unblocked games at school

There is a chance the games can be blocked. Unblock games at school through this simple trick.

How do you unblock game websites at school?

To unblock game websites at school you can simply use a VPN. This will hide your real IP and allow you with unrestricted access to any game website.

Over to You
These were the best unblocked to play at school for free. Load them in any modern web browser with an active internet connection, and you are good to go.

Flash games don’t work in most browsers, so we did not include them in the list.