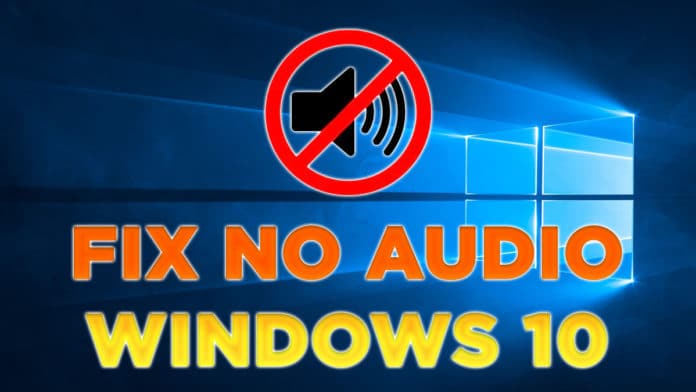 If you’re facing problems like Missing Audio, No Audio, or Broken Audio On Windows 10 then you’re not alone as the latest Windows update namely KB5015878 completely screwed things up.

In fact, Microsoft has officially acknowledged the problems on the official Windows Health Dashboard website. To resolve the issue Microsoft has shared workarounds and even applied the Known Issue Rollback System (KIR) to prevent the bug from spreading.

The problem is affecting different users in different ways. For instance, certain users are experiencing a complete audio blackout. While some users are facing audio problems with specific ports, devices, or programs.

So if you’re facing the No Audio For Windows 10 Problem then continue reading to resolve the problem completely.

RELATED: No Audio Output Device Is Installed In Windows 10 [FIXED]

As mentioned earlier, Microsoft has already applied the Known Issue Rollback System (KIR) to prevent the bug from spreading. This means the known issue will be automatically resolved and the end user doesn’t need to do anything.

But if you’re still facing problems then use any one of these three workarounds,

1. If You Haven’t Yet Installed The Update

As the heading says, if you haven’t yet installed the update on your PC then follow these simple steps to completely avoid the audio problems.

2. If Only Certain Apps Are Impacted

If you’re facing audio problems with only specific ports, devices, or applications then follow this workaround,

3. If Your Audio Is Completely Gone

If you have installed the Windows update on your PC and your system audio is completely gone then follow the workaround shared in this section,

So these were the three workarounds on How To Fix No Audio For Windows 10. If you still face any trouble then as a last step roll back the Windows update and return to a previous version of Windows 10.