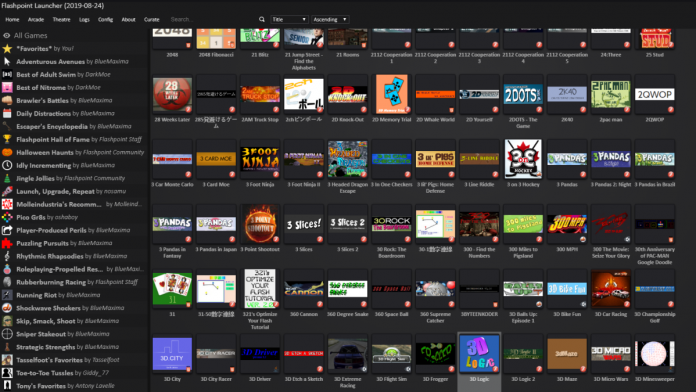 In 2017, Adobe had announced that it would stop supporting the Flash Player on nearly all major web browsers at the end of 2020.

In a press release back then, Adobe had said, “Given this progress, and in collaboration with several of our technology partners – including Apple, Facebook, Google, Microsoft, and Mozilla – Adobe is planning to end-of-life Flash. Specifically, we will stop updating and distributing the Flash Player at the end of 2020 and encourage content creators to migrate any existing Flash content to these new open formats.”

With the software’s discontinuation at the end of 2020, what happens to the tens of thousands of games and animations made in Flash? Would they get obsolete or lost?

Thankfully, no, as BlueMaxima has come up with a project to preserve Flash-based web games and animations for the future.

The project dubbed as ‘Flashpoint’ aims to archive and preserve an important part of internet history and video game history and make it available to all curious players.

Flashpoint is a launcher that uses open-source software to allow enthusiasts to download and play a huge list of flash games and animations even after Adobe Flash is gone.

Flashpoint claims to have over 36,000 games available on their launcher and 2,300 Flash animations that can be downloaded for free. The program can run on thirteen platforms, which include Adobe Flash, Adobe Shockwave, HTML5, Java Applets, Unity Web Player, and more.

Currently, Flashpoint launcher supports Windows 7 and above. As of 7.0, there are over 36,000 games (and 2,300 animations). You can find the full list here. You can also suggest new games to be added if you are not happy with the games listed. However, BlueMaxima does mention that games might be removed if the copyright holder or original creator requests it.

Alternatively, you can use Flashpoint 7.1 Infinity that downloads games as you play them. However, not all games are available just yet. To download the launcher for free, click here.

Check out the trailer below: