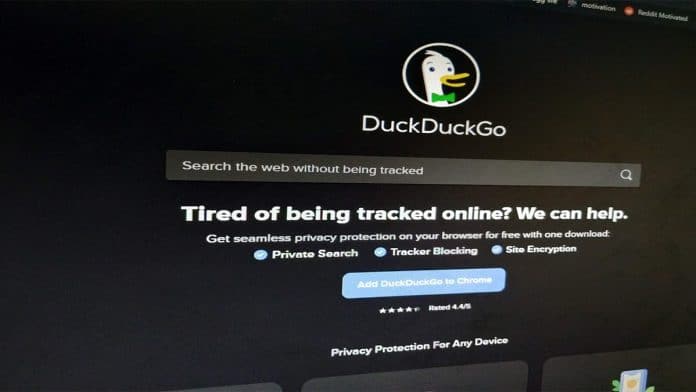 The crusader of user privacy in search engines, DuckDuckGo has gone down in India for several users, according to the reports and DownDetector.

An insider source has revealed that Internet companies are following the DOT(Department of Telecommunication) compliance order issued by the authorities.

The search engine is not working for alot of broadband users, including with Jio broadband, also confirmed by several twitter users.

The site appears to be “unreachable” for a lot of users, across different Internet networks.

Several users reported getting a message on the screen. It clearly states that the site has been blocked under the order of DOT (Department of Telecommunications) of India.

Its a ban by government pic.twitter.com/8Lwp5j71SQ

A Twitter user who tried to access the search-engine on their JIO 4G network. On further enquiry, it was learned that he could access DDG by searching for on it Google and visiting it from the search results.

In a separate Twitter thread, a researcher on censorship, surveillance, internet governance at CIS-India ran some tests. He confirmed about DDG being blocked by multiple ISPs in India, including Vodafone, Airtel and Jio.

Thanks! Colleagues (Divyank, Kushagra) and I ran some tests from Bangalore and Delhi.

Confirmed that @DuckDuckGo
is being blocked by multiple ISPs in India, including:

ACT not blocking it yet. https://t.co/HSynullIIS

To our users in India: We’ve received many reports our search engine is unreachable by much of India right now and have confirmed it is not due to us. We're actively talking to Internet providers to get to the bottom of it ASAP. Thank you for your patience.

A whistleblower on Reddit revealed about the Government’s intention to ban 4000 sites. While the DuckDuckGo ban seems unprecedented, there has been speculations on censorship over the Internet access in India.

DuckDuckGo relies on Cloudflare for their CDN needs to speed up its site for users across the world. They have servers in China, which, according to some Reddit users, might be the reason behind the disruption. Last week the Indian government banned 59 Chinese apps, including the likes of TikTok, SHAREit.

DuckDuckGo on Twitter has explained the issue being on the DNS level. It can be resolved by changing DNS on your phone or computer.

Follow our simple guide to change DNS to Google DNS(or any DNS of your choice). Alternatively, you can check this guide by Cloudflare on changing DNS.

Moreover, you can also use the Tor Browser to surf blocked sites across the world.

DuckDuckGo appears to be online for majority of the users, while there has been no statement issued from the authorities on the matter.

We’re seeing our services being broadly restored in India. Thank you for all of your reports, bringing attention to this issue.

If you're still having trouble accessing DuckDuckGo Search, please report it to @internetfreedom using this form: https://t.co/jVYFgXTiV7

Furthermore, they have appealed to report to @Internetfreedom if the issue persist for any of the user.

Meanwhile users of ACT Fibernet and Vodafone continue to face the blockade.