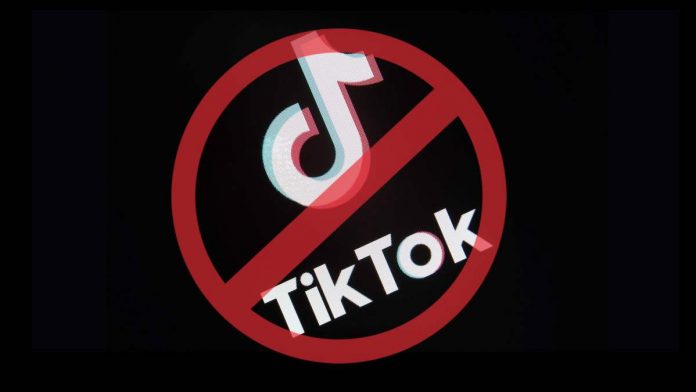 The U.S. government is “certainly looking at” banning Chinese apps, including the most popular video-sharing platform, TikTok, Secretary of State Mike Pompeo told Fox News in an interview on Monday.

“We have worked on this very issue for a long time. Whether it was the problems of having Huawei technology in your infrastructure we’ve gone all over the world and we’re making real progress getting that out. We declared ZTE a danger to American national security,” Pompeo told Fox News in the interview.

“With respect to Chinese apps on people”s cell phones, I can assure you the US will get this one right too… I don’t want to get out in front of the President (Donald Trump), but it’s something we”re looking at.”

Pompeo’s comments come amidst rising tensions in bilateral ties with Beijing on a variety of issues, including trade, national security, and technology.

The U.S. has expressed concern over TikTok’s handling of user’s data collection, saying they are worried about Chinese laws requiring domestic companies “to support and cooperate with intelligence work controlled by the Chinese Communist Party.”

With regards to downloading of TikTok, Pompeo said Americans should only download the app “if you want your private information in the hands of the Chinese Communist Party.”

TikTok has said previously that it operates separately from its China-based parent company, ByteDance Ltd. It also said that the US user data isn’t stored or processed on the Chinese servers and it has never provided data to the Chinese government. Instead, data of its American users is stored on servers in the U.S., with a backup in Singapore. Additionally, the data centers are located entirely outside of China, and that none of the data is thus subject to Chinese laws, it added.

“TikTok is led by an American CEO, with hundreds of employees and key leaders across safety, security, product, and public policy here in the U.S. We have no higher priority than promoting a safe and secure app experience for our users. We have never provided user data to the Chinese government, nor would we do so if asked,” a TikTok spokesperson said in reaction to Pompeo’s interview in a statement to CNBC.

Last month, the Government of India announced a ban on 59 Chinese mobile applications, including TikTok, WeChat, Shareit, UC Browser, in apparent reprisal for a border battle. The Indian IT Ministry cited that these apps “are engaged in activities which is prejudicial to sovereignty and integrity of India, defence of India, security of state and public order.”

This move by India was welcomed by Pompeo earlier this month, saying the “clean app” policy will encourage New Delhi’s national security against the Chinese Communist Party’s (CCP) snooping on the country.

“We welcome India’s ban on certain mobile apps that can serve as appendages of the CCP”s surveillance state. India’s ”clean app” approach will boost India’s sovereignty, and will also boost India’s integrity and national security as the Indian government itself has stated,” Pompeo said.

SensorTower, an app analytics platform, said that countries like India, Brazil, and the U.S. accounted for 27.5%, 9.6%, and 8.2% of TikTok’s download in the first half of this year, respectively.

According to the Global Times, a Chinese news organisation, the ban on TikTok in India could cost ByteDance more than $6 billion loss in revenue. With India already banning TikTok, and the U.S. considering banning the app, this could be a major blow to the company.